You are here: Home › Blog 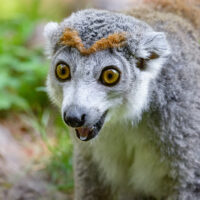 This year’s World Lemur Festival and World Lemur Day logo features an illustration by the artist Mr. Lemur. We chatted with Mr. Lemur about his inspiration for the illustration. And, we spoke with Dr. Chloe Chen-Kraus, the scientist who took the photo that inspired Mr. Lemur to create it. Learn what inspires Mr. Lemur, if sifakas really hug trees, and how conservation can allow humans and lemurs to coexist in Madagascar’s remaining forests.   Interview with Mr. Lemur A lot […] 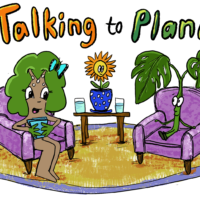 This Fall, the Lemur Conservation Network is partnering with Mongabay Kids for the World Lemur Festival! Mongabay Kids is a new education site for kids aged 6 to 12. It launched in March 2021 to replace Mongabay’s rainforests for kids site, which dates to 2004 and has now been merged with Mongabay’s main rainforest information section. The new site inspires and educates kids about ecology, wildlife, and conservation. Celebrating Biodiversity Days on Mongabay Kids Since their launch in March, Mongabay Kids […] 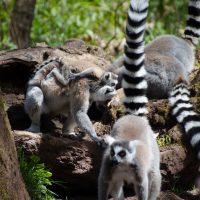 On this page, we will show how you can use the animated Dreamworks film Madagascar to teach kids about lemurs, Madagascar, biodiversity, and conservation. The Dreamworks animated film, Madagascar, debuted in theaters in the summer of 2005. Hundreds of millions of people worldwide have seen the film, and it remains popular, especially with children. Those working in zoo education know it has helped children not only recognize lemurs, but also know the name of the only place in the world […] 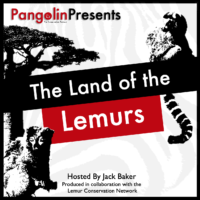 This Fall, the Lemur Conservation Network (LCN) is thrilled to collaborate with Pangolin: The Conservation Podcast on a series of episodes about conservation in Madagascar. The first episode will launch on September 20 with an introduction to lemurs and their conservation by LCN’s Director, Lucia Rodriguez. Throughout September and October, podcast host Jack Baker will chat with 8 Malagasy and international experts about pivotal topics for lemur conservation, including responsible tourism, wildlife hunting, community conservation, government collaboration, education, and more. […] 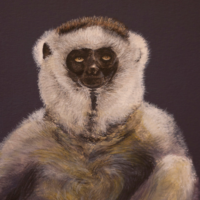 Montreal-based Galerie d’art LSB, is hosting Canadian artist, Emily Read, and her Not So Hopeless series to shine the light on endangered species. The alternative loft gallery works closely with artists to help raise funds for various humanitarian efforts. This exhibition focuses on raising funds to help save animals from extinction. The Not So Hopeless series consists of 60 different paintings, big and small. Each painting tells the story of a different endangered species or individual animal who, with the […] 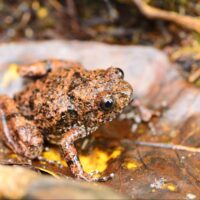 Can you describe your role as an evolutionary biologist? What animals do you study? I study the evolution of biological diversity, which includes everything from the process of speciation to the evolution of form and function. I do this mostly in the reptiles and amphibians of Madagascar. These groups are incredibly diverse, and, because the island has been isolated for such a long time, are also globally unique. This makes the herpetofauna (reptiles and amphibians) of Madagascar an excellent study […] 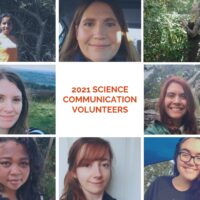 We are excited to welcome a new group of science communication and education volunteers to the Lemur Conservation Network! These volunteers come to us from Madagascar, France, the United Kingdom, Germany, and across the United States. We are so happy to unite this talented group of passionate conservationists to work together to make an impact for lemur conservation.