You are here: Home › Blog › Saving the lemurs of Tsitongambarika: Madagascar’s southernmost rainforest
By Lucía Rodríguez on May 11, 2020

Our guest bloggers today are Andriamandranto Ravoahangy from Asity Madagascar, Jean-Baptiste Ramanamanjato from Tropical Biodiversity and Social Enterprise, and Dr Giuseppe Donati from Oxford Brookes University. They are showcasing their collaborative work in the south of Madagascar.

Deforestation and hunting by humans have devastated the lemur community in the Tsitongambarika humid forest in the south-east corner of Madagascar. The area is one of the largest expanses of lowland humid forest remaining in the country, and home of seven lemur species – all little known and now highly threatened. In 2009 the Malagasy government declared Tsitongambarika a Protected Area, banning tree cutting and hunting. Forest clearance for traditional tavy agriculture and a high dependency on forest resources for food, housebuilding and fuel mean that local people face a big change to their ancestral livelihoods. 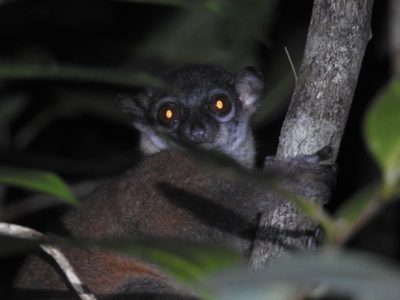 Since 2009, the NGO Asity (Birdlife) Madagascar has worked with local communities to manage the forest and help people adjust their livelihoods. Thanks to grant support from SOS Save our Species a consortium of conservation actors, made up of Asity Madagascar, the Malagasy conservation consultancy Tropical Biodiversity and Social Enterprise (TBSE), and Oxford Brookes University, is now leading an initiative to save Tsitongambarika’s remaining lemur populations. This project is focused on two target areas, one in the North and one in the South of the protected area, to strengthen the conservation capacity of all stakeholders and maximise the prospects that the lemur and forest protection activities will continue beyond the project’s lifespan.

The project has five key actions to tackle our objectives:

During the first year of the project, we have achieved several important goals.

The polis’an ala (forest rangers) teams responsible for natural resource management in the two target areas have been renewed and trained in forest management and fire prevention. Team members were nominated by each village.

We have agreed the area for the reforestation corridor with surrounding communities and prepared 14,000 endemic seedlings via two local tree nurseries. The tree planting was launched on February by community members, together with 20 Gendarmes, Asity Madagascar and TBSE staff. Polisin’ala are now patrolling the site regularly. 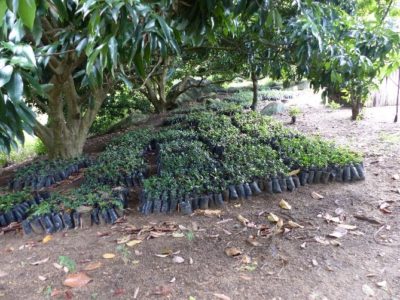 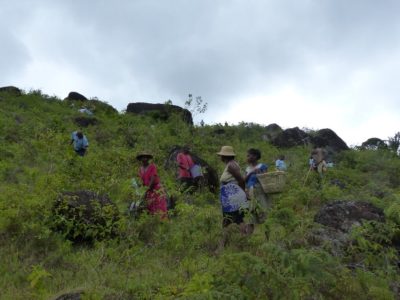 The ecological monitoring of the lemur population is underway with more than 100 kilometers of transects surveyed during the day and night. To help survey elusive species (like the aye-aye) we set up a camera-trap system in August 2019. Observations of our target lemur species are also systematically conducted to monitor population densities and improve understanding of their behavior in this habitat. An in-depth study is underway to explore local people’s attitudes towards lemurs and the role of lemur hunting in their lives, using participant observation and semi-structured interviews.

We have held environmental education training events for teachers in local schools to enhance their knowledge of Tsitongambarika’s biodiversity. In August, we launched the first “Nature Club”, with 24 primary school students visiting the research station to learn about animal and plant species.

In October, we launched the Tsitongambarika ecotourism initiative, together with the Anosy Regional Government and the Regional Office of Tourism. A camping area has been created for tourists at the research station with traditional style wooden buildings. Access has been improved by building bridges and the purchase of fiberglass canoes. Five local guides have been trained in guiding techniques, the biodiversity and conservation of Tsitongambarika, and identification of animal and plant species of most interest to visitors. 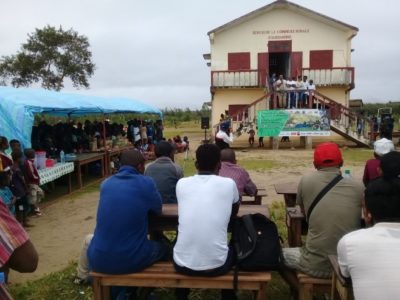 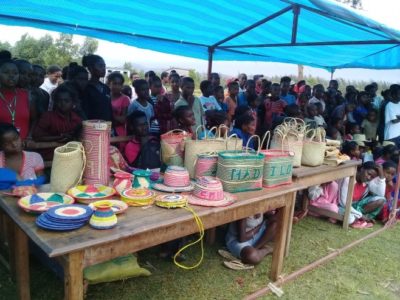 Artisanal products for tourists made by Club Pondiky 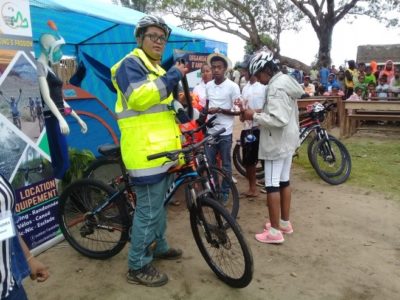 Visitors travelling to the research station by bicycle and canoe 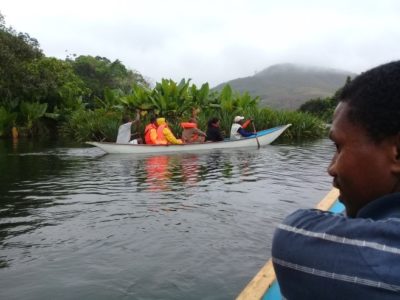