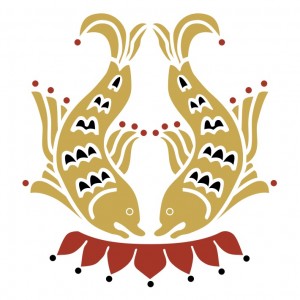 The Sainte Luce Reserve protects forests and biodiversity in southeast Madagascar to save endangered lemur populations. 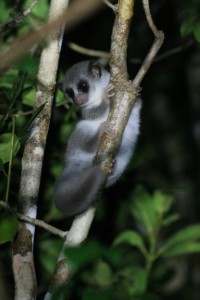 The Sainte Luce Reserve, managed locally by the FILANA Association, protects local biodiversity using habitat protection while developing and enhancing ecotourism attractions, promoting environmental education, and improving the well being of the local population. The Sainte Luce Reserve – and the forest that it protects – has been declared as one of the last, and most intact, sections of coastal forest in southeastern Madagascar.

Although the reserve has been historically open only to conservation volunteers and researchers, it has recently begun to open itself to the public. Visitors – a maximum of four people at a time – can visit the reserve for overnight stays; perhaps one of the most unique opportunities to witness wildlife in Madagascar.

Learn about Volunteering at Sainte Luce

What lemur species does the Sainte Luce Reserve protect? 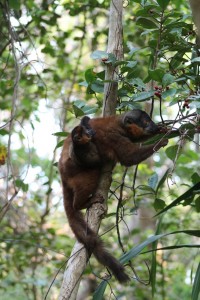 urs, some of which the organization actively habituats for researchers and monitors. The species of lemur include:

Research is key to many of the reserve’s goals and the reserve has hosted over two dozen scientists and volunteers over the past few years. In addition, they have worked with local primatologists to compile species lists of the avifauna and reptiles local to the area. This information is critical for ongoing research and conservation efforts.

How does the Sainte Luce Reserve protect habitat for lemur conservation?

The Sainte Luce Reserve protects some of the very last parts of coastal forest in southeast Madagascar. The reserve protects some of the most critically endangered micro-habitat in the country and this includes several endangered palm species, Dypsis saintelucei and Beccariophoenix madagascariensis. In 2010, the reserve began a reforestation program that succeeded in planting 2,200 individuals of D. sainteluci and 800 individuals of B. madagascariensis. Given that the total known populations of the two species in the wild are, respectively, approximately 300 and 900 individuals, this was a massively positive step towards their conservation. 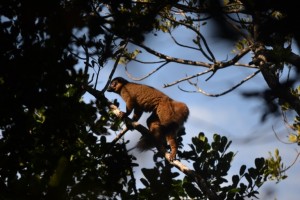 Lemurs at the Sainte Luce Reserve

The Sainte Luce Reserve was established after discussion with the Sainte Luce community at a village meeting, attended by hundreds of local people. As such – and from the start of the reserve – key members of the local community have been included such as locally elected officials, representatives of women’s groups, fishing associations, and other local stakeholders. In addition, the management committee of the reserve includes the President of the COBA (community of natural resources management committee), the village chief, a gender issues specialist, and others. The organization’s aims, are clear in their purpose to support local people and they endeavor to find innovative ways for local people to sustainably benefit from conservation of the natural environment.

The reserve also continues to contribute to local environmental initiatives and platforms. In 2015, they plan to present their two-year plan to the Association MIARO (a local conservation platform in Sainte Luce) for inclusion into their Community Environmental Action Plan.