You are here: Home › Ash Dykes 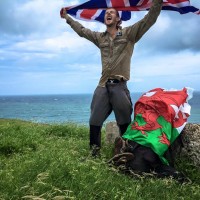 After 155 days and several near death experiences, adventurer Ash Dykes has completed his 1,600 mile walk from the deep south to the far north of Madagascar, summiting Madagascar’s eight highest mountains, and braving extreme weather conditions both in the dry south and the rainy north. In the desert southern city of Fort Dauphin, he met with our members Azafady and Sainte Luce Reserve to learn about their work and the conservation challenges in the south. Then, he continued on to the […] 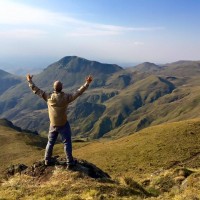 I caught up with Ash Dykes recently to celebrate his amazing feat of reaching the mid-way point of his Madagascar expedition. He’s trekked 800 miles from the southern most tip of Madagascar to the capital city of Antananarivo in the Central Highlands. The first 800 miles have been quite the challenge. He has survived the deadliest strain of malaria, visited three organizations from the Lemur Conservation Network, summitted five of Madagascar’s highest peaks, and had a ton of crazy adventures. Below are some […] 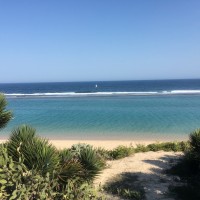 Recently, we chatted with Ash Dykes during his stop in Fort Dauphin near the start of his epic 1,800 mile trek across Madagascar. He had just finished his first 120 miles—hiking through grueling sand dunes with limited water—and had met with both Azafady and Sainte Luce Reserve to discuss their work in southwest Madagascar. For the first section of the trek, Ash was joined by a local guide named Mi. We’ve seen wildlife: snakes and chameleons. I saw a lemur only on the drive down south. Mi […]