Home » Catching up with Ash Dykes in Fort Dauphin, Madagascar

You are here: Home › Blog › Catching up with Ash Dykes in Fort Dauphin, Madagascar
By Lynne Venart on October 8, 2015 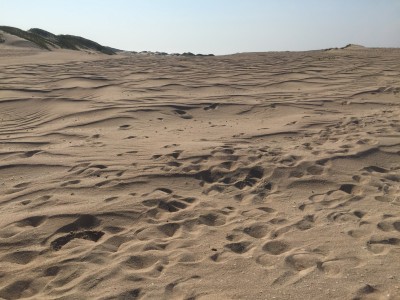 Recently, we chatted with Ash Dykes during his stop in Fort Dauphin near the start of his epic 1,800 mile trek across Madagascar. He had just finished his first 120 miles—hiking through grueling sand dunes with limited water—and had met with both Azafady and Sainte Luce Reserve to discuss their work in southwest Madagascar. For the first section of the trek, Ash was joined by a local guide named Mi.

We’ve seen wildlife: snakes and chameleons. I saw a lemur only on the drive down south. Mi saw a catta lemur on the walk back up, but I didn’t see it. Lots of tortoises. It’s been great … We’re heading into the forest next, so I’m hoping I’ll see more lemurs. 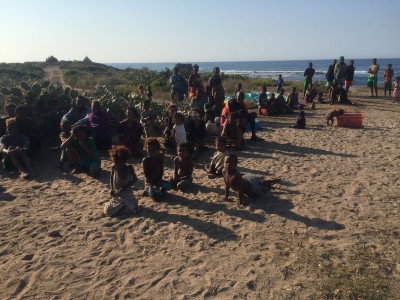 A local community along the coast of Madagascar. Photo by Ash Dykes.

“I came across a coastal community in which it was the younger generation’s first time seeing a vazaha [foreigner], which was crazy. I wasn’t expecting it on the coast. When I first arrived, I was walking along the beach, and as I looked up towards the top of the sand dune, all the kids started running down and before you knew it, I was absolutely surrounded. There was barely enough room for me to stand. It was intense. I recorded them on the phone so they could see themselves, and they were all just laughing.”

Dangers on the Trail

“There was this one dodgy character who was walking with me and Mi, who is my guide. He said we could stay at his little hut. So we thought okay, that sounds cool. As we were walking, Mi got a thorn stuck in his foot, so he stopped and I continued with this guy, only a few meters ahead.

And this guy came up to me, and put his hand in front of his mouth, and in this freaky little joke voice, he says ‘Give me your money.’ So I said to Mi that I don’t trust this character at all. So we didn’t go back and stay at this guy’s village; we continued and stayed next to a lake which was beautiful.” 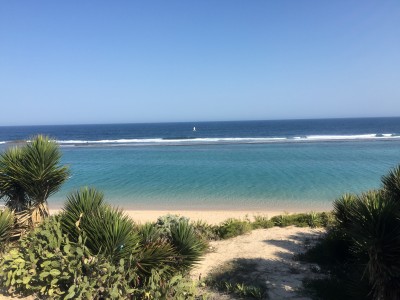 Ash met with Azafady in Fort Dauphin to learn more about their work.

“It was exciting to talk with Azafady. They said that although there are species that are endangered, there are also new species they are discovering: reptiles and primates. They have a book of wildlife from the area in 2006, and in 10 years, the size of the book has doubled. So that was really cool; that’s great news. But they’re in shock as to how little forest they have left. 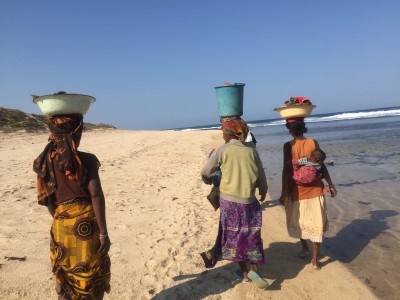 “It was great to meet with Brett. He’s done a lot in the past 20 years that he’s been here. He told me about some plant life that is becoming extinct in the area where he works. He managed to get the seeds and plant it, and it went from only remaining 60 trees of that species to over 600.

And the lemurs, they obviously were terrified of humans because the humans were hunting them. In that particular area, it’s taken 6 years to gain the lemurs’ trust, so they can do research with the lemurs. It is just amazing; you need a lot of patience for that, because it’s a slow and long process, but it’s pulled off, and it must be massively rewarding.”

The Next Section of the Trek 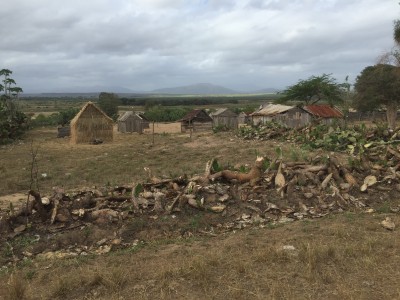 “My guide Mi was supposed to go home, but he really enjoyed the trip so much, that he’s asked to stay. I like that enthusiasm. This is also good because Mi can hold the camera and film me and [my new guide] Joe.

So I have two guides for this next small section, which is quite useful because the bandits up ahead are getting quite aggressive. Joe saw that there were two drivers of taxi-brousse that were shot dead, and the military is looking for the bandits, and the bandits are looking for the military. So there’s been a few deaths, and I’m heading right for it, which is pretty worrying. But I’m going to use the jungle to hide and stay clear of any bandits. This section is a pretty dangerous section but we’ve got our wits about us, so I’m sure we’ll be hopefully okay.”