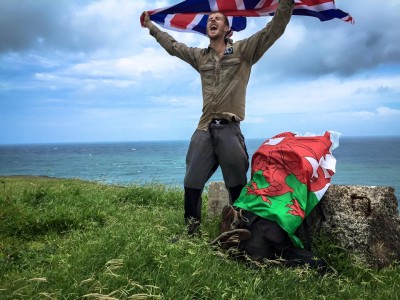 After 155 days and several near death experiences, adventurer Ash Dykes has completed his 1,600 mile walk from the deep south to the far north of Madagascar, summiting Madagascar’s eight highest mountains, and braving extreme weather conditions both in the dry south and the rainy north.

In the desert southern city of Fort Dauphin, he met with our members Azafady and Sainte Luce Reserve to learn about their work and the conservation challenges in the south. Then, he continued on to the rainforest of Ranomafana National Park to meet with Centre ValBio, seeing several species of lemur in the park.

After reaching the capital of Antananarivo and resting up, Ash continued north, passing through lush rainforest in some of the most remote corners of Madagascar. We spoke with Ash last week about this most recent — and final — section of his trek.

I saw a lot of lemurs in the forest in the north. The most common one we came upon was the rufous lemur (rufous brown lemur or northern red-fronted lemur). They came down to our camp when we woke up. They were waiting for us to leave. They like the smoke from our cooking fire, because it keeps the flies away from them. 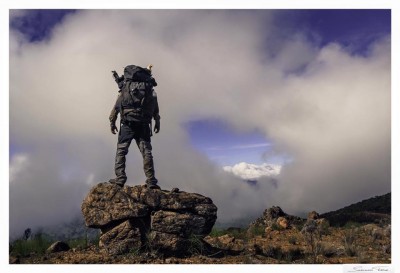 Was there a lot of deforestation in the north, or was it more lush?

AD: “It was a lot more lush. It was too thick to penetrate at a lot of parts, with jungle everywhere. It was beautiful to see it was really untouched, with unclimbed mountains. No westerners. These were lush jungles. There was wildlife but they stayed away from us. We saw a lot of chameleons, mongoose, lots of insects. I almost stepped on a scorpion.

We didn’t see any crocodiles, but the rivers we crossed were infested with crocodiles apparently. We found a section where the locals know that there were not many crocs around, and we managed to get across the rivers without being eaten.

We saw lots of lemurs. You could hear them screaming in the mornings. It was like there was two different species, and some were howling differently. It was amazing to wake up to that. We were far away from anyone. There was one village on the map, but it had disappeared. It was really cool to see the vastness of Madagascar, and good to be off the track.”

This past week, you met with the Madagascar Biodiversity Partnership to search for the critically endangered northern sportive lemur in Montagne des Francais, outside of Diego Suarez. How did that go?

AD: “We had a difficult time getting there. We broke down twice. We had to push the car and dig, search for spades and put rocks under the tires. The car got stuck, and we were worried that we might not be able to get the car back out. But it was getting late, so we went to the forest, and they took us to places where they know the northern sportive lemur usually sleeps. The first tree we came to, the two guides at the front were getting all excited. I walked up a bit faster, and I caught a small glimpse. I just saw a dark colored figure that moved fast, but the guides said it was a northern sportive lemur. 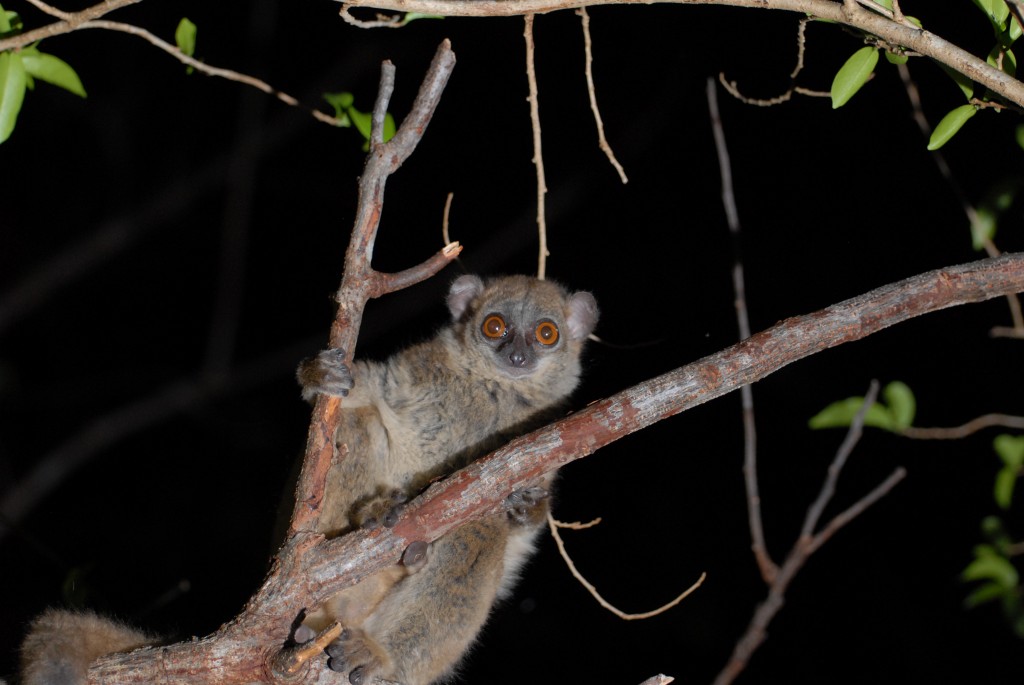 We continued on and then went back to the tree. We hoped that the lemur would go back in his nest, but it wasn’t. My guide Max climbed the tree on the vines hanging down and looked back down in the hole, but the lemur wasn’t there. So it must have heard us coming and jump down and scrambled away from us.

We couldn’t find any other northern sportive lemurs unfortunately, so I only saw a tiny glimpse of the one as it darted out of its nest. But, the locals saw it clearly.

Afterwards, we had to get the car out. We had loads of locals came and they all pushed the car, and they were all screaming. Black smoke was coming out, and mud was spraying up over all of them. It was crazy!

It was great to learn about Madagascar Biodiversity Partnership’s (MBP) work. It’s impressive what they’re doing. They’re planting trees, and half of the trees are for the locals, so the locals can continue to use the trees without hacking into the rain forest. The other half is for reforestation. Last year, they successfully planted thousands of trees. They’re planting tamarind trees, mango trees. The northern sportive lemurs eat from those trees. They also get foussa up there, boa restrictors and snakes that are the predators of the northern sportive lemur. There’s a lot of coal production going on, so MBP is trying to speak to the locals to get them to source their coal from other areas instead of going into the forest.”

Can you tell us about some of the other endangered species you saw in Madagascar?

I saw the Madagascar Pochard Duck when I was climbing the toughest mountain with a local man. He was 50 years old and a proper bushman; he took us up this mountain. He saw a lake about 3/4 of the way up through thick, difficult jungle. It opens up to this park with a lake in the middle, and the ducks are only found there and in Ranomafana, which is crazy and we just strolled upon it. He said he’s heard about this place, but he’s never seen it before.”

» Learn more about the Madagascan Pochard Duck on Mongabay

Thanks for all of your efforts, Ash, and Congratulations!

I really liked visiting these conservation organizations to see their work, and seeing a lot of these amazing species in the wilds of Madagascar.