You are here: Home › Blog › Leading Conservation with Pascal Rabeson of Centre ValBio
By Lynne Venart on August 8, 2017
I spoke with Pascal Rabeson this past fall during my last visit to Madagascar to learn more about his work at Centre Val Bio (CVB), his background, and what he envisions for the future of this important research center in Madagascar’s rainforest.

He has worked with Dr. Patricia Wright in Ranomafana on and off since 1995, most recently rejoining Centre ValBio in 2003. A key part of CVB’s Senior Management Team, Pascal now serves as the National Director at CVB headquarters in Ranomafana National Park.

Can you tell me about your background? 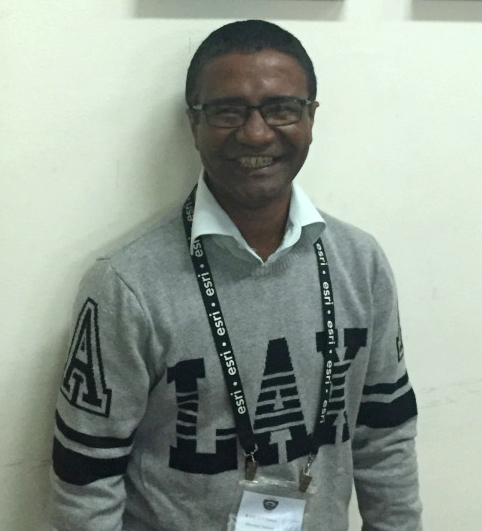 I then went to Antananarivo for university and eventually got a scholarship to study in Russia. (When Madagascar was under a Socialist regime during the 1970s and 80s, they sent 200 students per year to study in Russia for free.) While I was in Russia, I earned a Masters in fish farming and ecology from the Technical Institute of Fisheries, graduating in 1991.

I returned to Madagascar in 1991 and met an American researcher, Gary Albert, who was looking for someone to help him study ants. I worked with Gary in Boston at Harvard’s Museum of Comparative Zoology.

How did you start working with Dr. Patricia Wright at Centre Val Bio?

In 1993, Dr. Patricia Wright was looking for a Malagasy person to start the study of entemology (insects) at Ranomafana. After interviewing with her, I came to Ranomafana from 1994-98. I was the Technical Advisor at the park and did ecological monitoring from 1995-99. 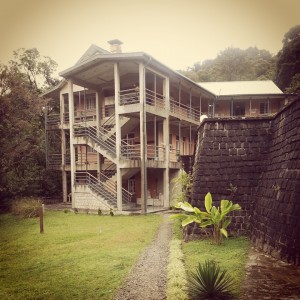 Centre ValBio, a state-of-the-art research station at the edge of the rainforest in Ranomafana. Photo by Sabrina Szeto.

At this time, Ranomafana and Centre Val Bio were not nearly as modernized as they are now. I lived in a tent site in the park for these first four years!

In 1998, I left Madagascar again to complete my Masters degree at the University of Georgia in Aquatic Insects of Ranomafana until 2001. After completion, I returned to Madagascar to work for the California Academy of Science to survey ants until 2003. At this time, Pat Wright called me to work with traditional healers and develop medicine as a Project Coordinator. In 2006, I became the Cordinator of Partnerships and Monitoring, completing forest surveys of fauna and flora.

In 2015, I became the National Director at Centre Val Bio. My role is to ensure that CVB’s mission is accomplished and represent the Centre locally and nationally.

What do you see as the future of Centre ValBio?

It would be great to have CVB expanded to other regions of Madagascar, in other national parks.

The research is never finished. After 25 years here, there are still new species being discovered and the cycle continues. I envision a Centre Val Bio for all of Madagascar.

What are the hurdles moving forward?

Sustainability. Centre ValBio is big and expensive to maintain. 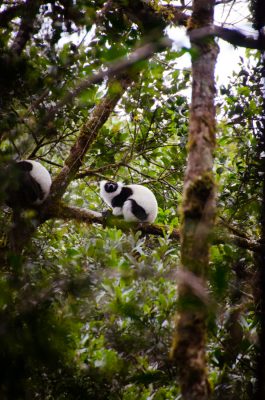 Right now, we have Pat, and she is dynamic and can find funding. But going forward, if Pat retires, we will need to find someone just as dynamic to replace her. We really rely on researchers coming to study at CVB. In 2009, researchers stopped coming because of the political crisis, and that was worrisome.

Dr. Wright is always looking for the best for Centre ValBio, so we are building an endowment which will provide this sustainability for the future of CVB.

We are also looking for an International endowed chair in Madagascar Studies who will replace her in ten years time.

Because of our integration with international Universities, we are in a more secure position than we would be if we were relying on more political sources of funding, such as USAID. We have been prudent in diversifying our funding sources to secure our sustainability well into the future.

We want to build our capacity so that Madagascar can move this forward on its own. I’m proud of Pat. She has prepared students here so I hope there are people here like myself and Jean-Claude (the research coordinator), so that we Malagasy people are prepared and able to continue on our own.

Sustainability over the long term is my main goal.

If you look at the history of protected wild areas in Madagascar, once they are set up, it has stopped the destruction. That’s a big step. I worry about if political organizations like the World Bank and USAID pull out of Madagascar. They currently provide a lot of support for Madagascar, and losing this support would be difficult for the country.

Working with local communities is essential.

They will always be there. It is difficult work to get their full support and ensure they can move forward on their own, but it’s essential to the long term sustainability of Madagascar and its natural resources. 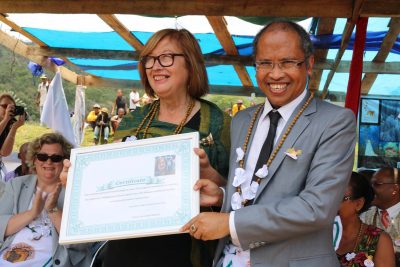 On the 19th of November, during Ranomafana National Park’s 25th Anniversary Celebration, Dr. Patricia Wright from Centre ValBio was presented with a certificate to commemorate her many years of unwavering commitment to protecting the forest and improving the lives of the local communities surrounding the park. Photo and text courtesy of Centre ValBio’s Facebook page. 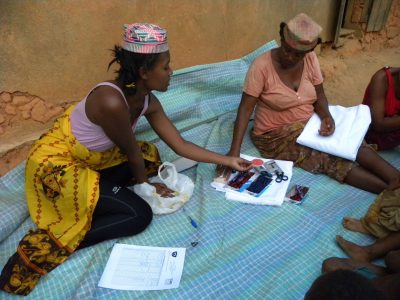 As part of CVB’s Community Outreach Program around Ranomafana National Park, women from Conservation Clubs in Ankazotsara and Mandrivany chose embroidery as an income-generating activity and received trainings from our talented staff. Photo and text courtesy of Centre ValBio’s Facebook page. 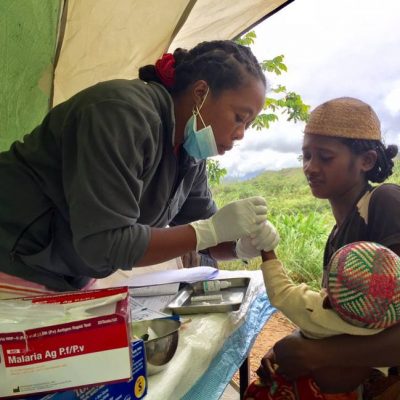