You are here: Home › Blog › Tracking Sifakas in Ranomafana National Park
By Lynne Venart on September 1, 2015 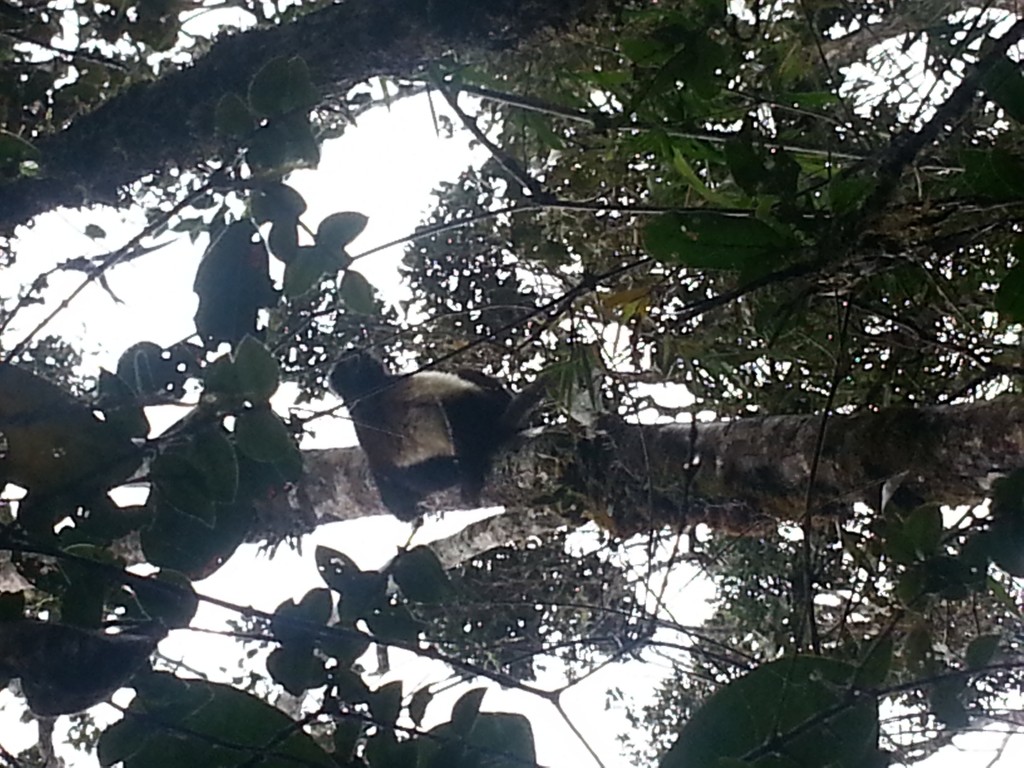 A sifaka high up in the tree canopy

Sabrina Szeto is a Land Conservation Intern at Centre ValBio, a state-of-the-art research center in Ranomofana National Park in Madagascar. This internship is part of her Master of Environmental Management program at the Yale School of Forestry and Environmental Studies, where she is in the class of 2016. Over the next several weeks, she will be writing several blogs about her experiences and reflections in Madagascar while she is working on mapping, geospatial analysis and land conservation.

My first week at Centre ValBio was spent getting acquainted with the trail system which I would later map using a GPS unit. I followed the team studying sifakas which consists of three experienced Malagasy field technicians, George Rene, Raleso and Remi, together with an American intern Katie and a Malagasy masters student Tahiry. We spent the week at trails in Talatakely and Vohiparara at Ranomafana National Park. We would leave at 7.30 AM in the morning with a packed lunch to track groups of sifaka groups to collect behavioral data as well as fecal samples.

Hitting the Trails in Search of Sifakas 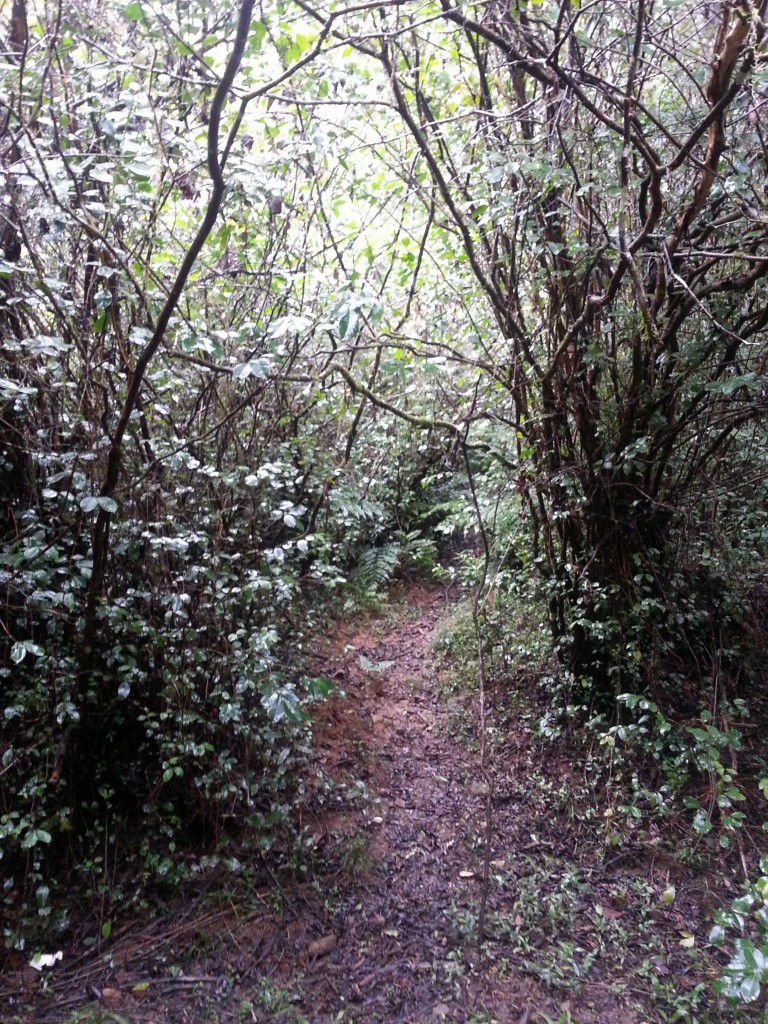 The forest trails go on and on. Photo by Sabrina Szeto.

Hitting the trails early in the morning was magical because of the way the light would come through the canopy at certain spots on the trail. As we walked slowly and quietly, the field technicians would make several sifaka sounds to coax a response from any nearby groups. There was a low “mmmmm” which sounded a little like a cow, which sifakas make when they see potential predators. There also was a whistle which was a lost call that sifakas make to locate the group when they have gotten separated. Two other sounds were used – a fast “shussssss” and a rising and then falling “mmmm”.

Spotting the sifakas was certainly no mean feat. The dense canopy and deceiving shapes on the trees made it almost a game of chance – you had to be standing at the right place and the right time to see a sifaka through the leaves.

Thankfully the field technicians knew the territories that the groups had, and where they were likely to be. At the same time, we discovered at least three new groups in the Vohiparara trail system. These groups also had babies with them, which is good news for this critically endangered species. 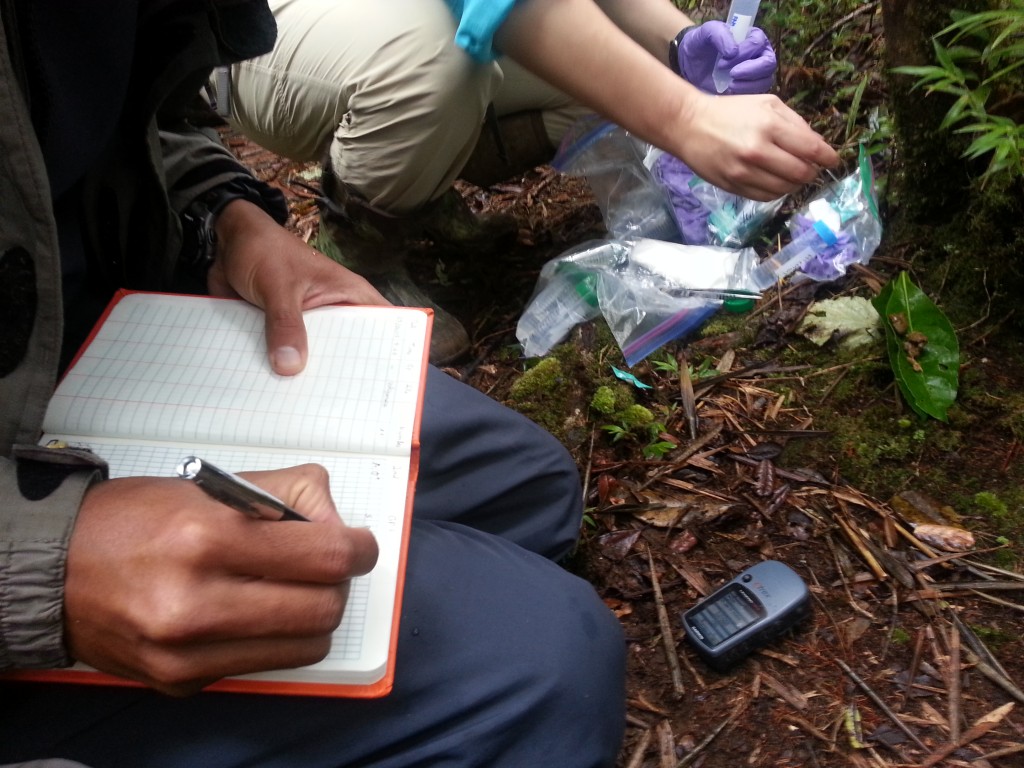 Upon encountering a group, the team would first count and identify the ages and sexes of the individuals in the group. This enabled the team to tell groups apart, especially for groups which were not collared. Next, every five minutes the team would write down what the sifakas were doing – grooming themselves, grooming each other, eating or sleeping etc.

Lemurs have a a set of teeth that point outward which are used for mutual grooming, otherwise known as a “tooth comb”.

We would then wait and watch for the telltale sign that the sifakas were ready to poop – they would lift their tails slightly and hold them there for a few seconds. The team would then rush to the vicinity of the tree and carefully search the leaf litter for the fecal matter. Once again, it took great skill and care to find the small brown droppings amongst the leaves.

A Day in the Life of a Sifaka 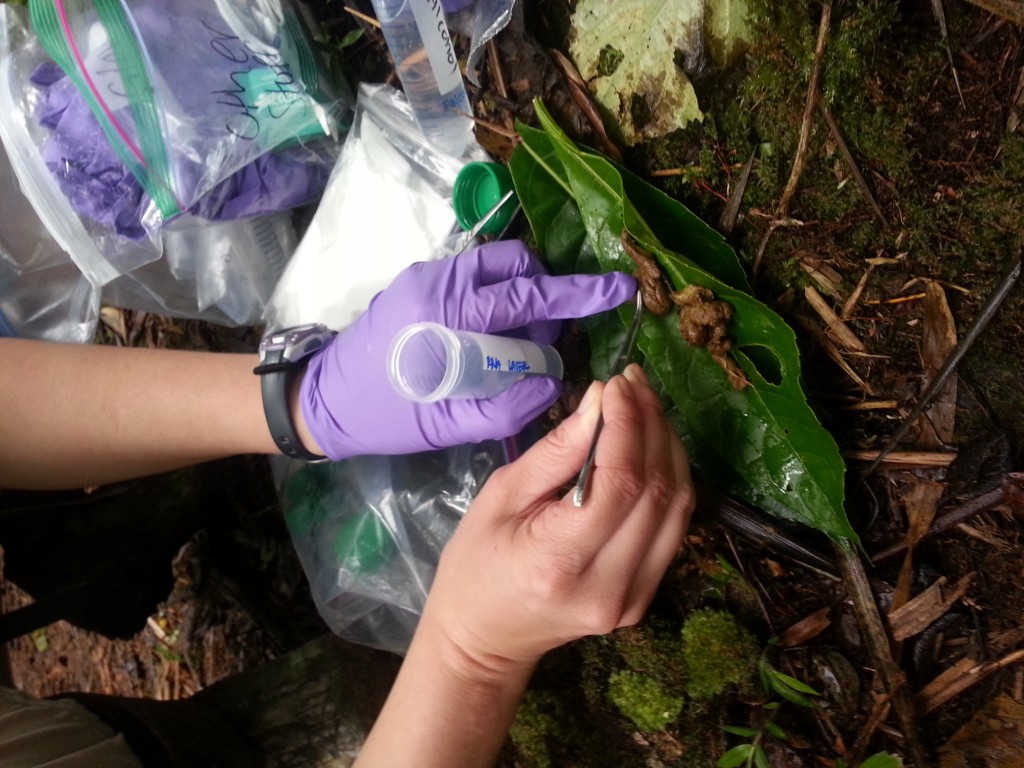 The rhythm of a day in the life of a sifaka consists of periods of stationary grooming and sleeping followed by spurts of activity. While waiting to collect the fecal samples, we would often have to run along with the sifakas through the forest if they decided to move as a group.

Sometimes they would go off-trail, which meant we would have to go along with them into the vines and undergrowth. Other times they would spend up to an hour eating small red fruit from the Rotramena tree (Syzygium bernieri) or curled up on a branch snoozing together in the misty rain. They were absolutely adorable when grooming each other – the most I saw was three sifakas grooming each other in a line. They would stare at us, occasionally making their “I see a predator” sound, but they never took off immediately upon seeing us. These sifakas were used to seeing humans (mostly tourists) wander around the trails and since they were not hunted in the park, they had a higher tolerance for humans than those in more remote sites.

Science and ecotourism working side by side? Perhaps this is one good example of how this can be so.

Member Update, On the Grou