You are here: Home › Blog › Leading Conservation with Charlie Welch from the Duke Lemur Center
By Cecily Marroquin on September 8, 2015 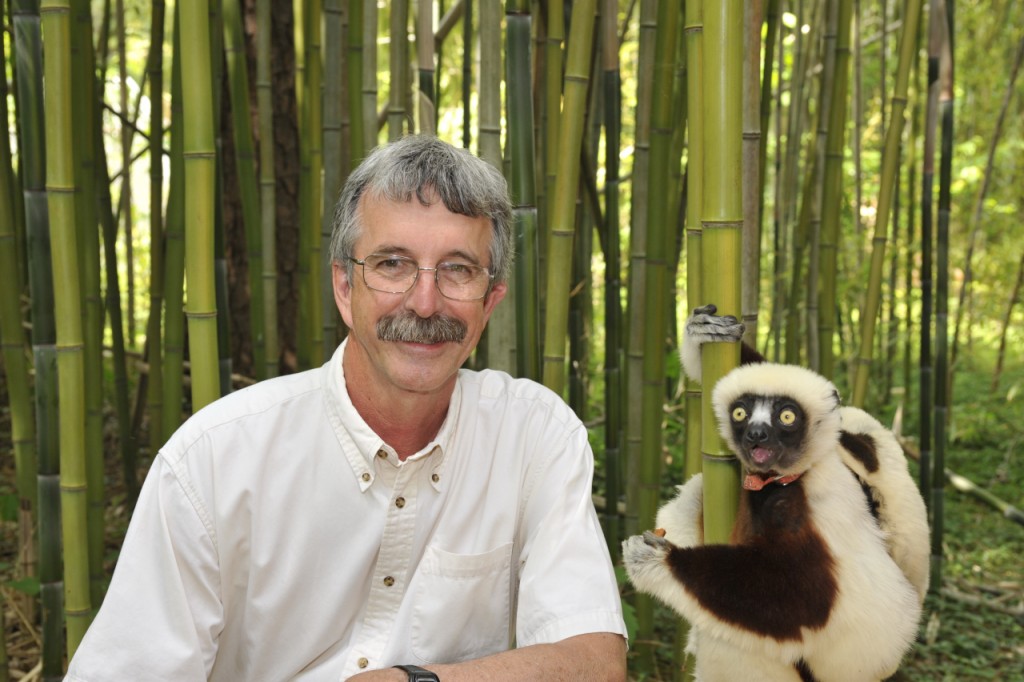 In this installment of Leading Conservation, we sit down with Charlie Welch, Conservation Coordinator at the Duke Lemur Center’s (DLC) conservation initiative in the SAVA (Sambava-Andapa-Vohemar-Antalaha) region of Northern Madagascar. Charlie and his wife Andrea Katz began their work in Madagascar in 1987 and have been instrumental to the development of Parc Ivoloina under the management of the Madagascar Flora and Fauna Group (MFG). Charlie tells us about rehabilitating Parc Ivoloina, SAVA’s community-based projects and the evolution of lemur conservation in Madagascar.

How did your projects begin in Madagascar? 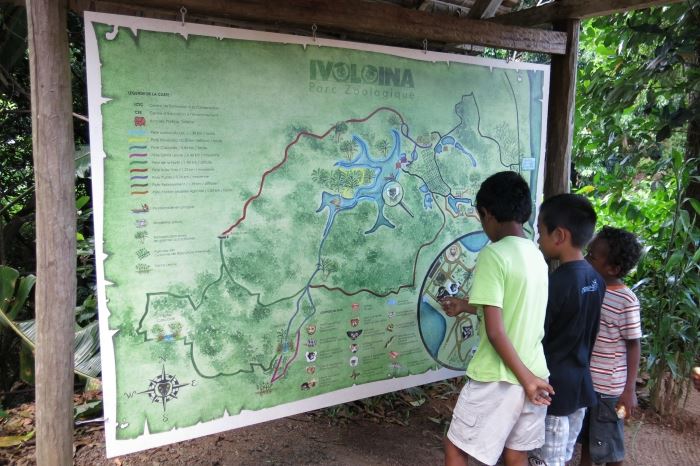 In 1987, Andrea and I went to Madagascar to do a brief study to see how we could help rehabilitate the Parc Ivoloina. At the time, Madagascar was opening up to Western Countries and the Duke Lemur Center was finally able to bring back lemurs to reinforce the species we already had and to work with new ones like the Aye Aye. The Water and Forest Department, the permitting agency and our main government contact, asked for our help in rehabilitating the park and for advice on captive husbandry because, at the time, they were confiscating lemurs that were being illegally held.

They had been keeping the confiscated lemurs in cages at Ivoloina and in the 60s they opened it up for visitors making it something of a zoo by default. After Madagascar’s independence in the 70s, the government struggled with funding and was looking for some financial help to rebuild the zoo and to also gain advice on husbandry.

How was the Duke Lemur Center and MFG involved with helping Ivoloina at that point? 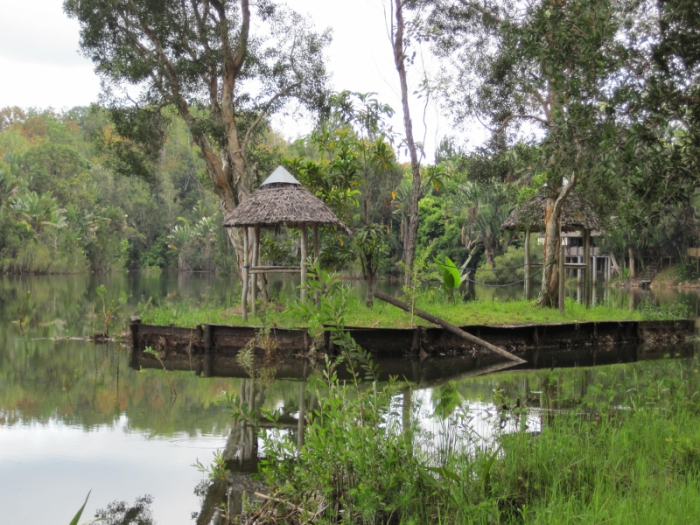 The work at Ivoloina was at first a Duke Primate Center (now Duke Lemur Center) project, which was run mostly on small grants, but very early on, the MFG (Madagascar Fauna and Flora Group) was created, and quickly became the primary support structure for the project. The Duke Primate Center, Jersey Wildlife Preservation Trust (now Durrell Conservation), and a handful of other institutions were instrumental in getting the MFG really started.

As the country opened up there were more and more zoos interested in Madagascar to get animals. The MFG was an attempt to keep that organized and to coordinate institutions for collaboration and contribution. It was really one of the first fauna interest groups, and it continues today.

» Learn more about the Madagascar Fauna and Flora Group (MFG)

On projects under SAVA conservation and building community environmentalism

One of SAVA Conservation’s projects is working to get people to make changes to their agricultural (slash and burn) practices.

What kinds of challenges do you encounter with this? 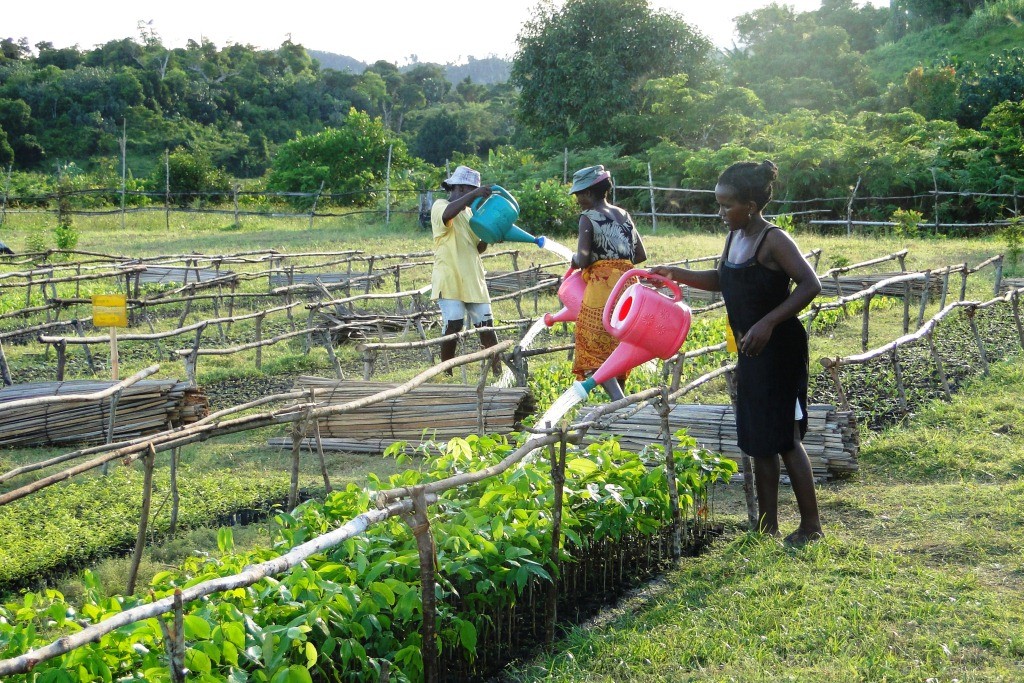 Culturally, it’s a very difficult shift. The changes they would make, such as intensive rice production techniques,  are a lot more work for people but it produces more. Our Western brain thinks that even if it is a lot more work but it produces more, of course you’re going to do it. But it doesn’t work that way in a country like Madagascar. People culturally have a way they have done things for generations and you can’t change that very easily. It just takes time.

Ideas can sound great on paper but when it gets to working with people on the ground, it’s very complex and it takes time.

You can’t go in an area and expect to change mentalities in 5 or 10 years. Maybe in 20 you’ll have slight changes. Maybe by then, the kids that came to the environmental education program are becoming decision makers.

How does SAVA work to build up the environmental education side? 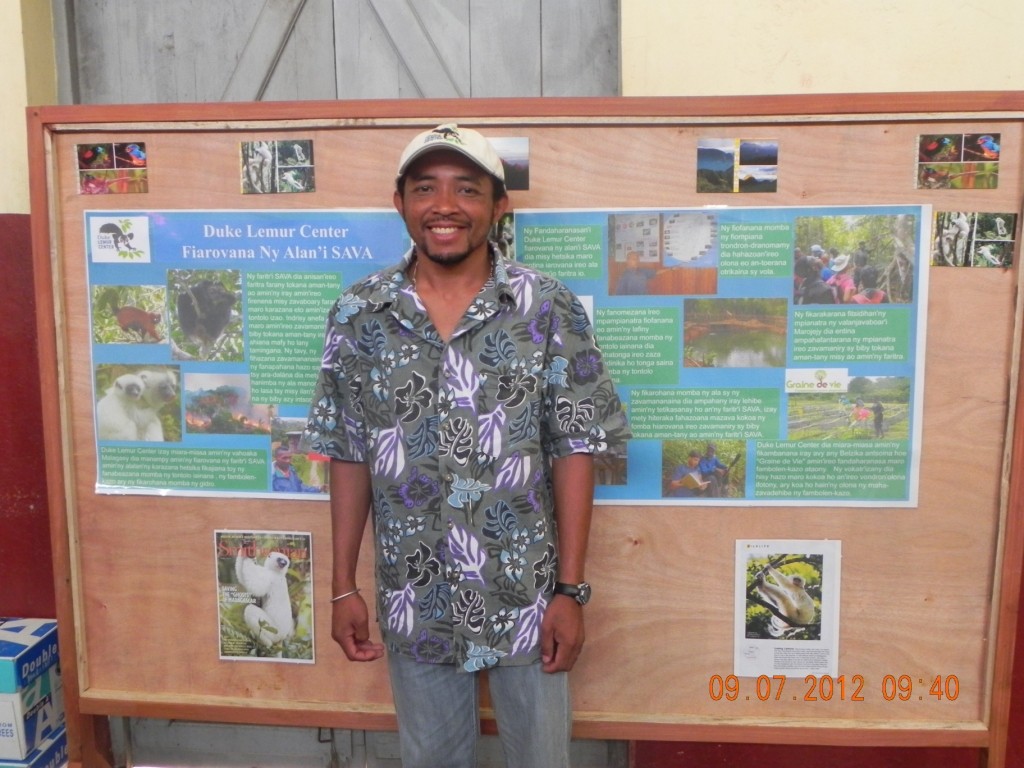 The educational programs are so much more than just giving teachers information. It’s about building enthusiasm. Many times the teachers are the most educated people in a village and are looked up to and respected so if you can win over teachers you’ll have them talking to not only the school children, but also many adults in their villages. We have found that really has an impact.

How do you measure impact?

It’s really tough. Sure we can show that the kids have an understanding of what we’ve taught them but to show that it has actually had an impact on the land, it’s really tough and like everything else, it takes time.

How does funding impact the scope of the work?

The SAVA project is completely funded by grants and donations. Securing support funding for the project is a big part of what I do here at DLC.. When we have a center like this [The Duke Lemur Center], it makes it a lot easier to generate public interest, as people can come for a visit and actually see and appreciate lemurs.

» Donate to support the SAVA project (Be sure to note “SAVA Conservation” in your donation.)

I also lead tours to Madagascar with Duke Alumni Travel, which is a successful way to generate interest in the unique biota of Madagascar, and its precarious situation at present. We conduct Madagascar tours once a year and very often when the participants see what’s going on, on the ground in Madagascar, it’s a good way to cultivate donors. We have some really strong supporters who went on those tours.

» Learn more about these tours to Madagascar

On the Importance of Madagascar

Why does Madagascar matter? 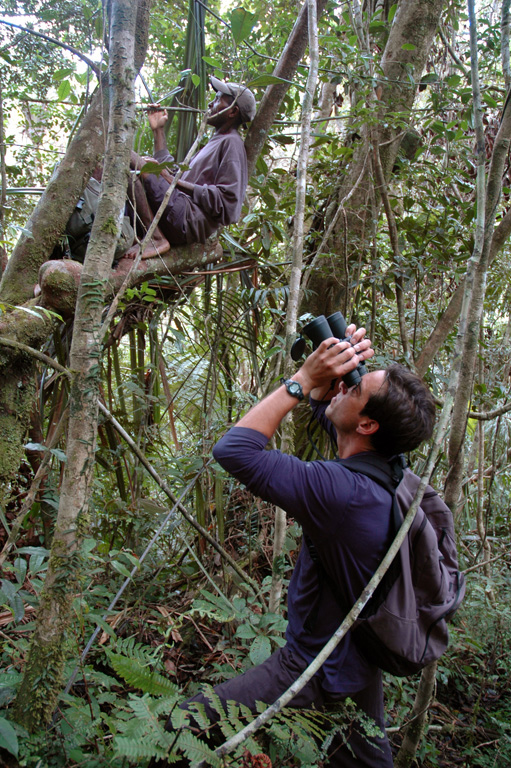 It couldn’t be more important. Just look at a list of the biodiversity hotspots around the world—Madagascar and the Indian Ocean Islands are right up top. The flora and fauna are disappearing there, as so much of the forest is already degraded or completely denuded; it just makes it really important. Those two things are what comprise a biodiversity hotspot, the threat and super high levels of endemic plants and animals.

So what can we do?

We can’t just focus on lemurs, we have to focus on protecting the forest. If we can protect the forest, we can improve people’s lives and everything that’s in there.

It’s all related and it’s not the answer to try and protect a species by only breeding it in captivity. In some limited cases, it has been successful, but you can only protect so many species of animals that way. It’s so much more important to protect actual forest habitat.

As the economy improves, as people’s lives get easier, they can afford to think about conservation more. They can’t afford to take risks at present, and many are living day to day, just trying to feed their families.

What keeps you optimistic? 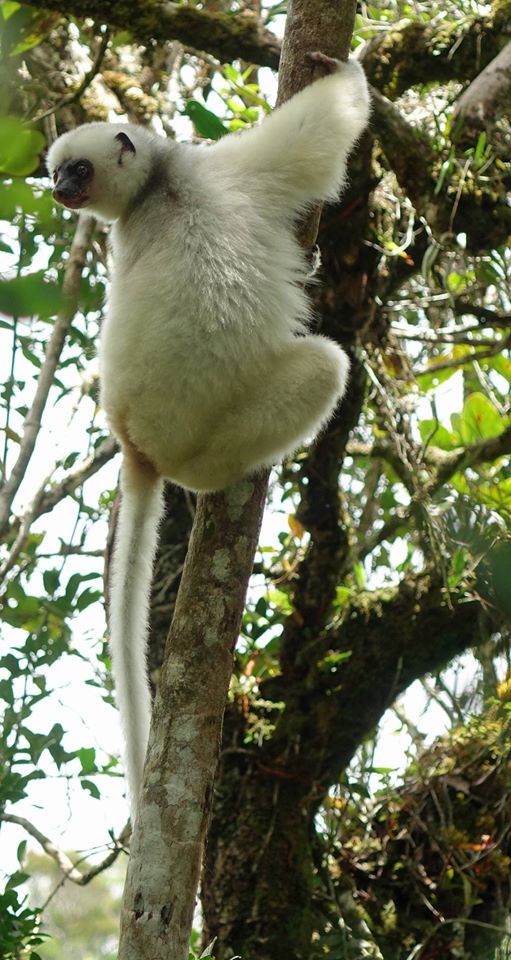 Photo of by Erik Patel of Sava Conservation at Camp Indri in Anjanaharibe-Sud Special Reserve in Feb 2015, from the Silky Sifaka Conservation Facebook page

Probably one of the biggest impacts that Andrea and I have seen is the capacity within Malagasy in terms of working as conservation professionals, researchers, just general interest and understanding and the environment and associated problems.

When we started working in Madagascar in the late ‘80s, many people didn’t even realize that lemurs exist only in Madagascar. There’s a whole generation out there now that understands to some degree the environmental problems that Madagascar is facing.

That didn’t exist 20 years ago. Now there are even environmental justice organizations in Madagascar that are entirely Malagasy nationals. This is completely new! Five or ten years ago, that simply didn’t exist.

There’s an awareness that just wasn’t there before and that’s what has to happen. It can’t just be foreigners telling everyone what they need to protect. There needs to be an appreciation for it at the national level.