You are here: Home › Travel 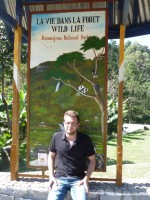 For myself the name ‘Ranomafana’ has always conjured mystical images of abrupt hills, drifting mist, dense forest and hidden lemurs. It us a must-see for any nature lover heading to Madagascar. Although my group tour didn’t allow for long within its lush confines, it at least gave me a chance to glimpse some of the island’s most rare wildlife. The omens were positive. Within a few hours of arriving in Antananarivo, I had an incredibly lucky encounter with Doctor […] 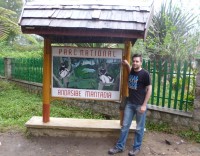 Only for the Intrepid For the uninitiated Madagascar can be daunting. It’s large, busy, potentially dangerous, the roads are terrible and travelling the island solo requires both bravery and guile. Being on a tight time schedule (and being a wimp), my recent visit to the land of lemurs was with an organised tour group. This began and ended in Antananarivo with three national parks along the way and the promise of plenty of prosimians. First Up: Andasibe Andasibe is the […]

Before going away to Madagascar, the longest I had been away from my family was two weeks. I lived the typical western lifestyle. My phone never left my side; everything I needed could be downloaded or ordered in just a few clicks; I binge-watched TV; and my biggest worry was that pesky spot on my chin. Looking back on it, something in me must have been crying out for adventure and change, otherwise why had I done it? Why had […]