You are here: Home › Member Update 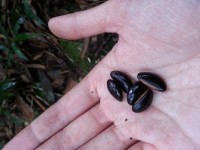 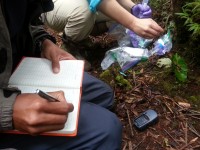 My first week at Centre ValBio was spent getting acquainted with the trail system which I would later map using a GPS unit. I followed the team studying sifakas which consists of three experienced Malagasy field technicians, George Rene, Raleso and Remi, together with an American intern Katie and a Malagasy masters student Tahiry. We spent the week at trails in Talatakely and Vohiparara at Ranomafana National Park. We would leave at 7.30 AM in the morning with a […] 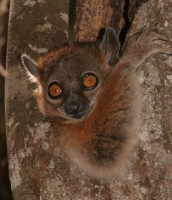 About the Mikea Forest Region and Ranobe The Mikea forest region is home to eight species of lemurs – the highest diversity of lemurs of any forest in the Southwest region of Madagascar. However, the southern stretch of Mikea forest, known as P(oint ) K(ilometer) -32 Ranobe (the spring/oasis) has considerably more vertebrate species than either of the Southwest’s National Parks – Mikea and Tsimanampetsotsa – or the special reserve of Beza Mahafaly. Yet, despite its incredible ecological traits, as home to some of […]

Studying lemurs in the Comoros with the NGO Dahari I am Ihsane Lahlou a researcher in ecology and conservation. I started my career in France and Togo before joining the team of the Comorian NGO Dahari in 2014 to work on conservation programs, particularly on the Livingstone fruit bat. At Dahari, we are currently working on a participatory conservation program of this fruit bat and we also ensure the annual monitoring of the species. In parallel, we are working on […]