You are here: Home › Blog › How Zoos Support Wildlife Conservation
By Amber Wyard on August 7, 2020

It’s fair to say that zoos have moved away from the image of just being a place for entertainment. Although recreation is still an important focus for zoos, they now place a lot of value on education, research and conservation.

When it comes to conservation, zoos have the ability to conduct plenty of ex situ conservation work, such as captive breeding programs. But, there are also lots of ways that they help support in situ conservation efforts that take place in the wild.

How are zoos helping conservation in the wild? 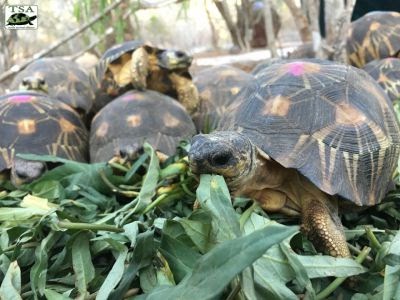 These endangered radiated tortoises were rescued from poaching and the pet trade in Madagascar. Photo credit: Turtle Survival Alliance.

Staff from zoos were flown in to provide assistance in animal husbandry and veterinary care. This allowed for thousands of radiated tortoises — originally intended to be traded in the illegal food and pet trades — to be rehabilitated and prepared for future release back into the wild.

Learn more about this project from the Turtle Survival Alliance.

Zoos also take part in captive breeding programs. This connects zoos worldwide and allows the movement of animals to different locations to successfully breed endangered species, while ensuring high genetic diversity, and managing worldwide zoo populations. Animals produced as a result of breeding programs may then be used to reintroduce species into the wild.

This is where ex situ (captive breeding) and in situ (reintroduction) conservation efforts combine. This union of ex situ and in situ is part of the IUCN’s One Plan Approach which presents the idea of a worldwide population management system between wild and captive populations. 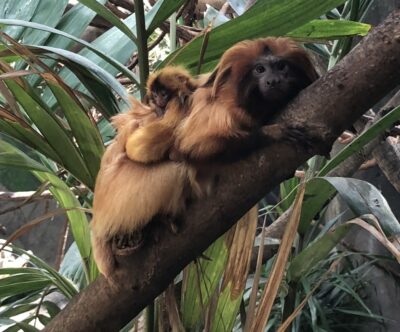 The golden lion tamarin is a great example of the successful combination of ex situ and in situ conservation. A primate found in South America, the wild population of golden lion tamarins was once down to 200 individuals. In 1972, the Smithsonian National Zoo led a conference to discuss how this species could be saved, and created a captive breeding program. By 1981, 143 zoos were involved!

Thanks to this successful captive breeding program, individuals were reintroduced into the wild in Brazil. Now, the population is up to 2,500! About one-third of the wild population is a result of the released captive-bred tamarins.

How are zoos helping the lemurs of Madagascar? 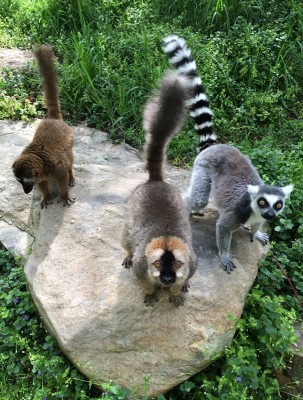 Lemurs are a popular animal in zoo collections, with zoos around the world housing a number of different species. Zoos are in an optimal position to educate the public about lemurs, the threats they face, and the conservation projects that are working hard to save them. This education helps zoo visitors become aware of lemur conservation and then support it through donations, volunteering, or sharing their knowledge and passion with others.

A 2017 study found that zoo visitors’ knowledge of biodiversity and conservation actions that can be taken to protect it significantly increased during their zoo visit. This increase was even larger in visitors who engaged with educational materials such as signs, interactive panels, and films. Thus, zoos have a brilliant opportunity to increase the public’s awareness about key conservation issues! 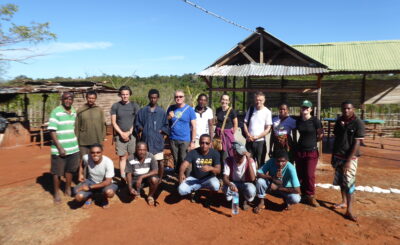 A team from the Bristol Zoo is working to build the Akarafa Field Station in northwest Madagascar. Photo credit: Bristol Zoo.

Bristol Zoological Society, one of our members run by the Bristol Zoo in the United Kingdom, works in the Sahamalaza region of Madagascar with species such as the blue-eyed black lemur (Eulemur flavifrons). The zoo has been working on conservation projects in Madagascar since 2006. Their most recent project involves the building of a research station in the Sahamalaza region. This field station will provide infrastructure for tourists and researchers in this remote, difficult-to-reach region.

Learn more about this project and help support it. 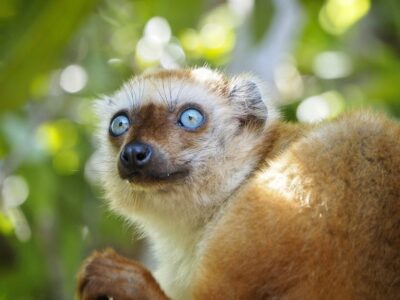 The Collaboration of Zoos and Conservation Efforts

There are many ways in which zoos contribute to in situ conservation efforts: financial support, providing resources, educating the public, and sharing expertise. For lemurs, zoos can have a significant impact on conservation efforts by working with conservation organizations towards the same goal: conserving as much biodiversity as possible and saving species in Madagascar from extinction. 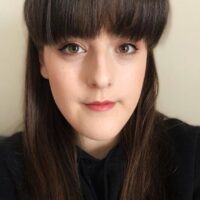 Amber Wyard is from North Wales in the UK and is currently studying for a MSc in Zoo Conservation Biology. She is passionate about science communication and sharing important wildlife conservation issues. She is fascinated by Madagascar’s incredibly unique wildlife (especially lemurs!) and hopes to one day travel to Madagascar to see some of these amazing species in the wild!

How do Lemur Diets affect their Cognition?
Top 10 Facts About Lemurs