You are here: Home › Blog › Centre ValBio Interns Venture to Kianjavato to See Singer Khelen in Concert
By Lynne Venart on December 15, 2015
Sabrina Szeto is a Land Conservation Intern at Centre ValBio, a state-of-the-art research center in Ranomofana National Park in Madagascar. This internship is part of her Master of Environmental Management program at the Yale School of Forestry and Environmental Studies, where she is in the class of 2016. Over the last several weeks, she has been writing several blogs about her experiences and reflections on Madagascar while she is working on mapping, geospatial analysis and land conservation.

A Weekend Adventure to See One of Mada’s Top Singers

A few of the volunteers and researchers at Centre ValBio took a weekend trip to Kianjavato to see Khelen in concert. Khelen is one of the most popular singers in Madagascar at the moment and… she happened to be hosted by Aina, a friend of one of the researchers. As luck would have it, we could also stay at the same house as Khelen and entourage were going to leave the same night.

Visiting a new town, taking my first taxi-brousse and meeting one of Mada’s top singers? It was impossible to say no. 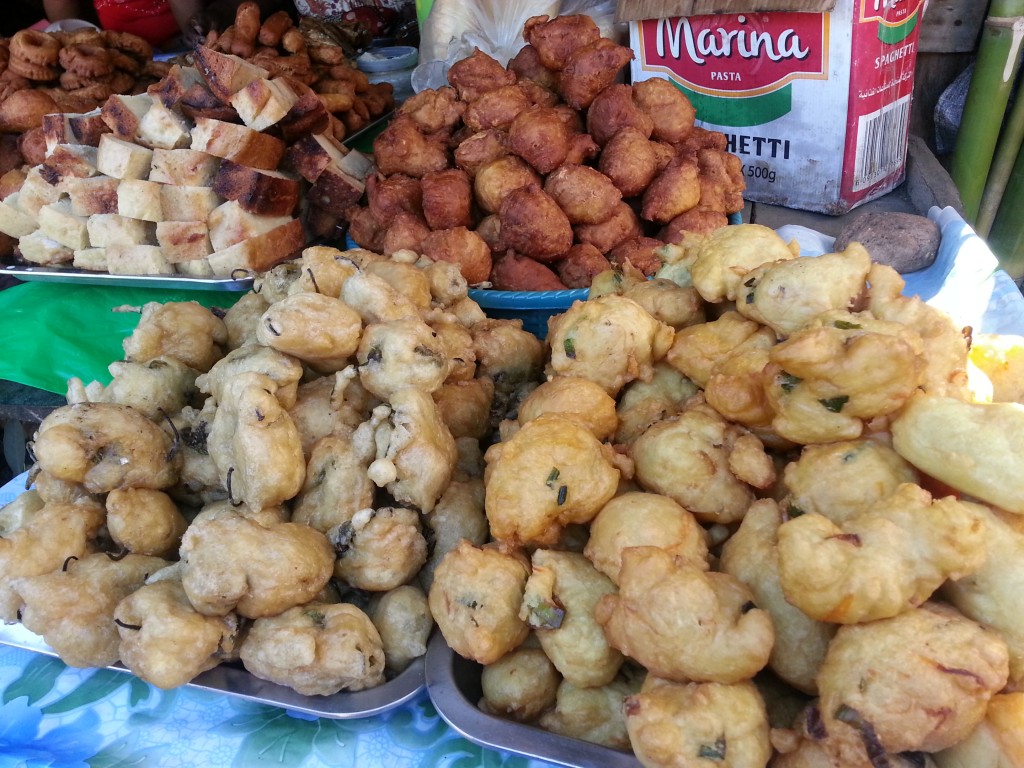 After two hours crammed together in a taxi-brousse, we were happy to arrive in hot and sunny Kianjavato. This was a welcome change from the cool climate we normally have in Ranomafana. It was market day, and the streets were crowded with people shopping for clothes, vegetables and meat. Families and groups of friends were out and about, milling around and chatting with each other.

We were warmly welcomed by Aina, who hosted us at her home and also cooked a delicious lunch of tsaramaso beans and zebu, served with rice. We bought two 1.5 liter bottles of tamarind juice to bring to lunch. The sweet and sour juice complemented the meal very well. After lunch, we headed back out on the streets to do some shopping for colorful patterned cloths called lambas, as well as to sample the various types of street food.

It quickly came time to head over to the concert, but we decided to stop by Aina’s home first and to our surprise got to speak with the star herself – who was putting on her make-up. Khelen took the time to chat a little with us and those of us who had spent more time in Madagascar felt a little star-struck. 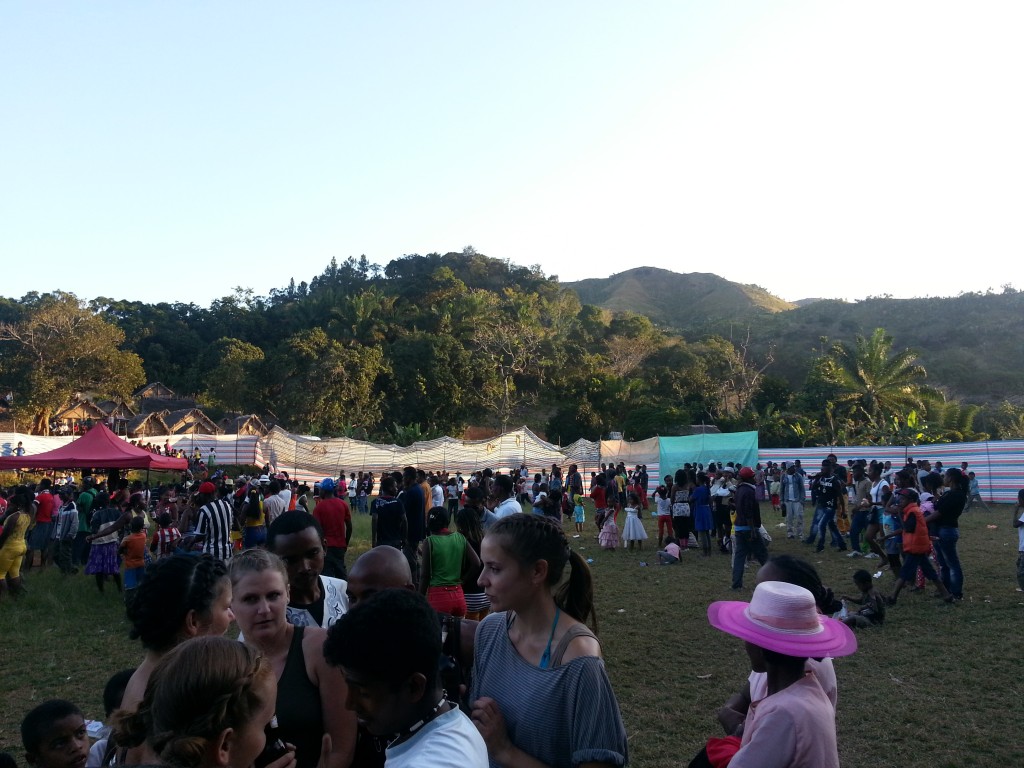 The crowd at the concert among beautiful forested hills

We headed to the concert and bought tickets (3000 ariary each) at the door. The concert venue was a large field surrounded by a fence constructed of wood and tarp. At one end was a stage and at the other, a tented stall where you could purchase some fried snacks and a range of beverages. It was 3pm and the sun was high in the sky. Rising above the fence in a distance, I could see rolling hills with clear signs of agricultural activity and firewood gathering. People kept pouring in, finding themselves a spot in the shade close to the fence. Eventually, when the main concert began, everyone rushed to the area in front of the stage.

The three hour concert which was stunning because of the high-energy singing and dancing on stage, which really stirred the crowd. Everyone was singing along to the songs that they knew, dancing together in groups on the field. Barely anyone in the crowd could keep still to the music. Little children were running around collecting soda bottles that were discarded by concert-goers to bring home, so the bottles could be reused. They also loved to show us how to dance, and we tried to copy their moves as best as we could. Some of them also tried to sneak into the concert by crawling through a hole in the fence, but the hole was quickly discovered and a security officer was stationed there afterwards.

Singing and Dancing into the Night

As the day went on, after the beer and rum consumption had gone on for a while, the crowd began to get a little more rowdy with beer being sprayed from bottles and broken glass appearing on the field. Thankfully, there were no fights and aside from some of us being approached by drunken persons, nothing happened.

The singing and dancing went on until the sun set and the field was cloaked in darkness. During the last few songs, all the vassa (foreigners) were invited onstage to dance with Khelen, and some of my friends got to ride in the tour bus with them out of the venue. When we got back to Aina’s home, despite being tired from the performance, Khelen offered to take photos with us. This was very gracious of her.

This was not the end to the evening – there would be a party at a local dance hall which would go on until 4AM the next morning. After we had dinner and I had gone to bed, I could still hear the sounds of music and people talking in the streets late into the night.