Home » Project Ala: A Reforestation Program from SEED Madagascar

You are here: Home › Blog › Project Ala: A Reforestation Program from SEED Madagascar
By Lucía Rodríguez on December 17, 2018
In this blog post, Stephanie Harris, Senior Research Assistant at SEED Madagascar in the south-east region of Anosy, Madagascar, introduces SEED’s fantastic new project called Project Ala.

Ala is an innovative reforestation project that strives to protect the future of lemur populations in south east Madagascar. 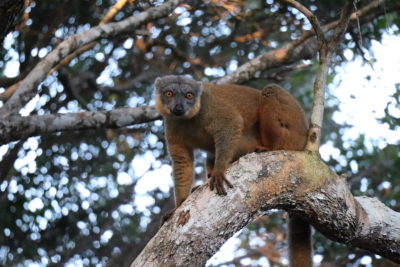 Operating in the Anosy region of southeast Madagascar, charity SEED Madagascar has been dedicated to improving human and ecological communities through development projects since 2000. Complimenting this, SEED also has an array of environmental initiatives which not only mitigate human impact on fragile habitats but consider the people that depend on these natural resources for daily needs.

Across Madagascar, 90% of original littoral forests have been lost to harmful human activities, and current rates of habitat degradation have left scientists predicting its complete disappearance within the next 50 years. 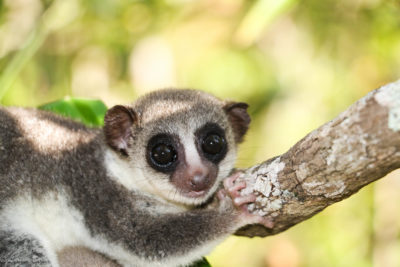 The villages of Sainte Luce boast 2.4% of Madagascar’s littoral forest ecosystems, however these fragments face many threats from the impoverished local community. Habitat loss is still accelerating as a consequence of unsustainable logging, community dependence on natural resources and harmful farming practices, including slash and burn techniques– known locally as ‘tavy.’ Furthermore, the prospect of extensive international mining exploitation continues to undermine the security of the forest species’ and local communities’ future.

Littoral forests are rare, yet incredibly bio diverse habitats, and home to 13% of the island’s native flora. As a result of human damage, forest fragmentation has caused resident lemur populations to become isolated from one another.

The four lemur species inhabiting these forest fragments are the Thomas’ dwarf lemur Cheirogaleus thomasi, southern woolly lemur Avahi meridionalis, Anosy mouse lemur Microcebus tanosi and the collared brown lemur Eulemur collaris. Fragmentation is inhibiting the movement of lemurs and other species between disconnected areas of suitable habitat; this will have disastrous effects on the future of lemur populations.

Lemurs were the SEED’s priority back in 2007, when observational monitoring started as part of “Lemur Venture.”

Lemurs remain at the heart of SEED’s vision. In more recent years, SEED has adopted a more holistic approach, studying a variety of ecological factors whilst incorporating the local community’s needs and expertise. Excitingly, funding has been granted to take lemur conservation and littoral forest research to new levels by expanding the existing habitat of Sainte Luce’s lemur species.

Project Ala (the Malagasy word for ‘forest’) is a reforestation program aimed at connecting isolated remnants of forest to a much larger fragment to enable the continuous and free movement of lemurs. 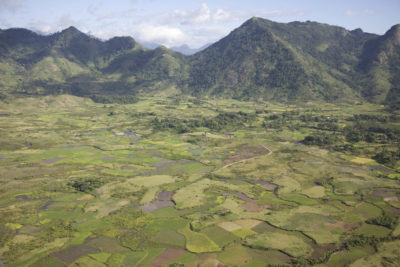 Aerials of the coastal forests, much of them denuded by years of cutting, between Fort Dauphin and Sainte Luce.
These images have been made for the 2010 Prix Pictet Commission, working in cooperation with SEED Madagascar to show issues around land, forests and poverty in this region of Madagascar. The purpose of the images and stories collected here are to illustrate the lack of development and SEED’s efforts to promote sustainable development to improve the lives of the people and how the land is used.

By strategically replanting an area of only 0.86ha, the lemur’s viable habitat will increase by 109%! In Sainte Luce there are three nocturnal lemurs that are strictly tree-dwelling primates. Geographic isolation makes them prone to ‘bottlenecking’, inviting a host of problems including an inability to develop resistance against parasites and disease. In addition to genetic factors, increasing home range availability welcomes increased access to resources that will allow a larger population to exist.

These factors will benefit all species that exist in the fragmented forest mosaic, including the IUCN Critically Endangered frog Guibemantis diphonus. Additionally, the important ecological services performed by lemurs, such as seed dispersal, will also directly benefit the health of the forest and the local communities.

Relaunching the Nursery at Sainte Luce

SEED aims to relaunch the existing nursery at the Sainte Luce research camp, to host the germination of 1800 Acacia mangium and 3600 carefully chosen native edge-specialist species. As well as having soil regeneration qualities, acacia are fast growing, fire resistant and sun tolerant trees, and despite being exotic and non-native, previous projects have shown it to be non-invasive. It will also provide sufficient density for lemur movement, and canopy cover to aid the native understory to flourish. With the help of short-term volunteers, local guides and international specialists, the conservation research team will transplant these to four forest corridor sites and conduct long-term monitoring to assess successes of the project.

Hopefully, this replicable conservation strategy means the project can be used as a model study for further habitat connectivity and reforestation ventures.

Ten years down the line, the corridors native understory will have developed so that local communities will be able to harvest the 1000 acacia trees for firewood and reduce the extraction of natural wood resources in remaining fragments. 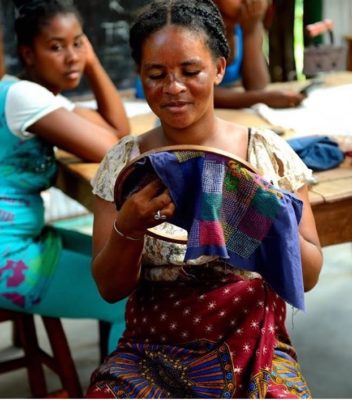 The conservation and research team based in Sainte Luce have an on-going and free youth education program called ‘Club A’ running every week, reaching 200 children across 2 schools. Since ‘Club A’ was established in 2011, the program has covered deforestation, forest ecology, negative impacts of slash and burn and threats to local forest and marine ecosystems.

To promote youth understanding and awareness of Project Ala, the conservation team will deliver several lessons specifically centered around lemur conservation.

Over the years, SEED’s local guides have proved positive and recognisable role models for the kids, engaged with environmental issues. Additionally, a small-scale tree nursery will be constructed in Sainte Luce as a practical and demonstrative education tool. These community education sessions will continue to target the younger demographic that will come of age when the forest corridors are completely established.

Ensuring the Success of Project Ala

Though we might not see the fruits of Project Ala’s success in the next two, three or five years, strategic planning, dedication and innovative thinking hopes to see thriving lemur populations and prospering Sainte Luce citizens for generations to come.

The 5th World Lemur Festival in Antananarivo, Madagascar (2018)
My Week with Lemurs: Volunteering for Lemur Conservation