Madagasikara Voakajy promotes conservation and sustainable use of Madagascar’s unique species, habitats and ecosystems, for the benefits of Malagasy people

Supporting lemur conservation since 2005 through research and targeted action 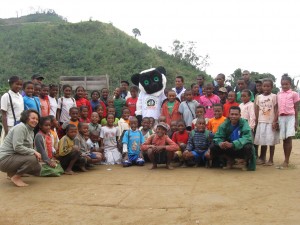 Madagasikara Voakajy was established in 2005 to provide job opportunities for young Malagasy researchers. Over time, they have evolved to become an organization that provides opportunities for Malagasy biologists to become leaders in the conservation and ecological study of bats, chameleons and other vertebrates. Nowadays, they use evidence-based interventions and stakeholder engagement to target their conservation programs, which focus on a variety of species and their natural habitats. Currently, they have teams of experts who focus on baobabs, bats, reptiles, amphibians and lemurs.

To help monitor these species, the organization is implementing a monitoring program using the occupancy modeling, a method that could be implemented easily with the local communities. In Alaotra-Mangoro Region, our interventions also benefit to at least seven other lemur species.

Hunting for lemurs in the Alaotra-Mangoro Region (where Madagasikara Voakajy does much of its work) is a real problem. Their research on this topic has found that lemur hunting may be widespread in this region and may be increasing. In addition, the traditional taboos that some groups in this region hold against hunting some lemur species (like the Indri) may be breaking down. Since 2015, the monitoring of threats and pressures was carried out until now. Only the ayes-ayes that remain taboos for the hunters. 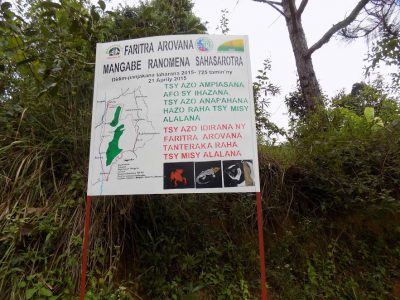 In October 2015, they started using camera traps to monitor lemurs and other animal species in Mangabe protected
area (Moramanga district). This method provides valuable information on the presence / absence, behavior and habitat use of lemurs. Since December 2015, Madagasikara Voakajy is among the beneficiaries of the SOS’ Lemur Initiative. This project is entitled “Learning alternative livelihoods and agricultural techniques, for the love of lemurs” a.k.a “Youths for Lemurs-Lemurs for youths”. 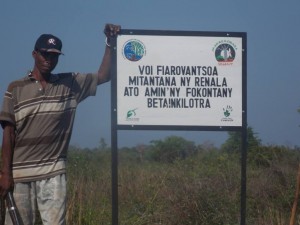 Madagasikara Voakajy has worked to create several protected areas and natural resources use programs in Madagascar.

Currently, Madagasikara Voakajy is leading the management of seven protected areas in the Alaotra-Mangoro region.

They are supplementing this work with:

In the past, they have worked with communities in a small number of key sites in the Anosy, Alaotra-Mangoro, and Menabe regions to support sustainable natural resource use and protect local habitats.

Given the high rates of lemur hunting in their target region, Madagasikara Voakajy undertakes awareness campaigns to raise awareness of the protected status of lemurs with both children and adults. For example, they have ‘Lenari’ – their indri mascot – who interacts with audience members at outreach events through playing, singing and dancing. ‘Lenari’ makes appearances at the organization’s events which include animal festivals, drawing competitions, song and poem competitions, field trips, and even the creation of school biodiversity clubs.

Now, the SOS project, “Youths for lemurs – Lemurs for youths”, brought together young people aged 15-25 from the villages around Mangabe to participate in the conservation of lemurs. Young people make song contests, interviews on lemur conservation. Finally, young people broadcast radio programs to raise awareness among people who do not know the importance and existence of lemurs.

Madagasikara Voakajy also undertakes outreach in schools. Their partnership with education authorities at the local level is especially helpful when schools that are located in communities that are within the boundaries of new protected areas.

Madagasikara Voakajy trains Malagasy scientists both at the university level and beyond.

Through their student training program, Madagasikara Voakajy continues to nurture the next generation of Malagasy scientists; they have supported dozens of Malagasy graduate students. They are also aiming to build the careers of promising Malagasy biologists through employment with their organization.