You are here: Home › Leading Conservation with Mal Mitchell from Azafady
By Lynne Venart on October 13, 2015
Today we chat with Mal Mitchell, Education and Funding Coordinator for Azafady, and co-author of the lemur-themed book Lemurian Shunts.

Can you give me some background on you, your experience in Madagascar, and your work with Azafady? 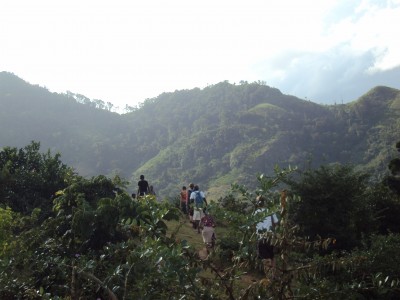 Near Azafady’s field site in Madagascar. Photo by Mal Mitchell.

Very broadly, my background is in campaigning and holistic education, with a key focus on psychology. I got hooked on lemurs and Madagascar in late 1999, and started working with Azafady in 2000. My focus with them is project development, fundraising, networking, donor relations and research – I lead the small project development team in London, coordinating with the bigger team on the ground in Madagascar. I first went to the island in 2005, travelling all round. I’ve been back only on working visits since then.

How has Madagascar changed since you started working with Azafady?

When I started working with Azafady 15 years ago, the population in Madagascar was 13 million people. It’s now approaching 23 million. Madagascar’s remaining forests at that time were described as like a string of pearls around the island. And now those pearls have shrunk, and the population continues to spiral around them in a poverty trap. Though things have gotten worse, today Madagascar seems only a bit better known for its poverty and vulnerability, and lemurs only a bit better known as the planet’s most endangered mammals.

In the light of these circumstances, how do you stay uplifted as a conservationist? 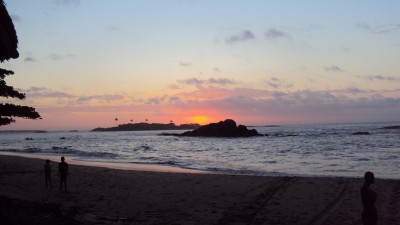 One thing is being honest with yourself, and trying not to be too alarmist, because it can easily seem hopeless otherwise. The reality shouldn’t be understated, but it doesn’t help to overstate it. When things seem to be going well, it’s good to stay grounded then too.

For example, when Madagascar’s prime minister decreed the establishment of 7 new reserves a few months ago, this is definitely positive news. But at the same time, this is a sand castle ‘conservation fortress’ against an incoming tide. This news, while positive, really has to be taken in context. The fact of the matter is that so many different levels need to be worked on. We need to take care of food and water security, health, the immediate needs and interests of the local people. It all takes teamwork: at the local level, and at national and international levels.

Junctions between optimism and realism point the way forward.

In your paper Effable to Ineffable Braids, one thing you discuss is how conservationists are competing for resources and recognition while working towards the same goal.

How can we achieve our shared goal if we can’t share resources? 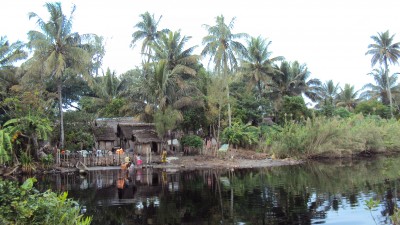 The dynamic of this competition is that people and organizations are out for themselves but also out for the same thing beyond themselves. Once they have the right nutrients, they can work together.

In terms of the way we’re motivated, it’s essentially hierarchical. If I’m absolutely desperate, the first thing I need is oxygen, then food, and so on. Organizations operate in the same way: when they have what they need to survive, they can start looking to cooperate. There’s naturally a mixture of cooperation and competition – and while the combination of these can help towards evolving the best solutions, older organizations can get very set in their ways.

How can we move beyond that?

Keep our eye on that target as much as we possibly can – and watch how we operate, aim for honesty in what we’re doing, and reassess everything periodically. It’s about having a self-critical awareness both personally and as an organization, so that we’re ready to take criticism and look at ourselves honestly, to improve our approach. A group ego can be a big blind spot and stumbling block.

What do you think is the key to making conservation programs sustainable in Madagascar?

Conservation isn’t going to work in a place that is as incredibly impoverished as Madagascar without involving local development. 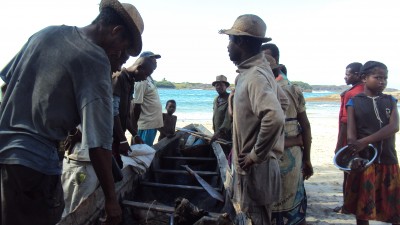 Often it’s hard to raise funds for Madagascar for that reason, because it’s so impoverished and potential donors are making superficial comparisons. Someone might say, “Look how much it costs to build a school in Madagascar compared to how much it costs for this other organization to build a school in Kenya”, or somewhere else which might have more infrastructure. The difference in what sustainability means between one place and another is literally like the difference between a ball that can keep rolling on a good road and one that keeps falling down potholes.

To be sustainable in the long term, crucially, people have to make things their own. It can’t feel like a neocolonial invasion of ideas; it has to be something that is offered as a partnership, that local people choose to engage in and are motivated by.

It needs to not be just some ritual, to not be something where local people go along with the NGO while they’re there, then as soon as they’re gone, things fall into disuse. It can’t be just village leaders being engaged with it – it needs the whole community. Women’s and girls’ empowerment is a key thing in any case. It’s all easier said than done!

Given Madagascar’s history, how can international conservation and development organizations come in to Madagascar without being seen as a neocolonial force? 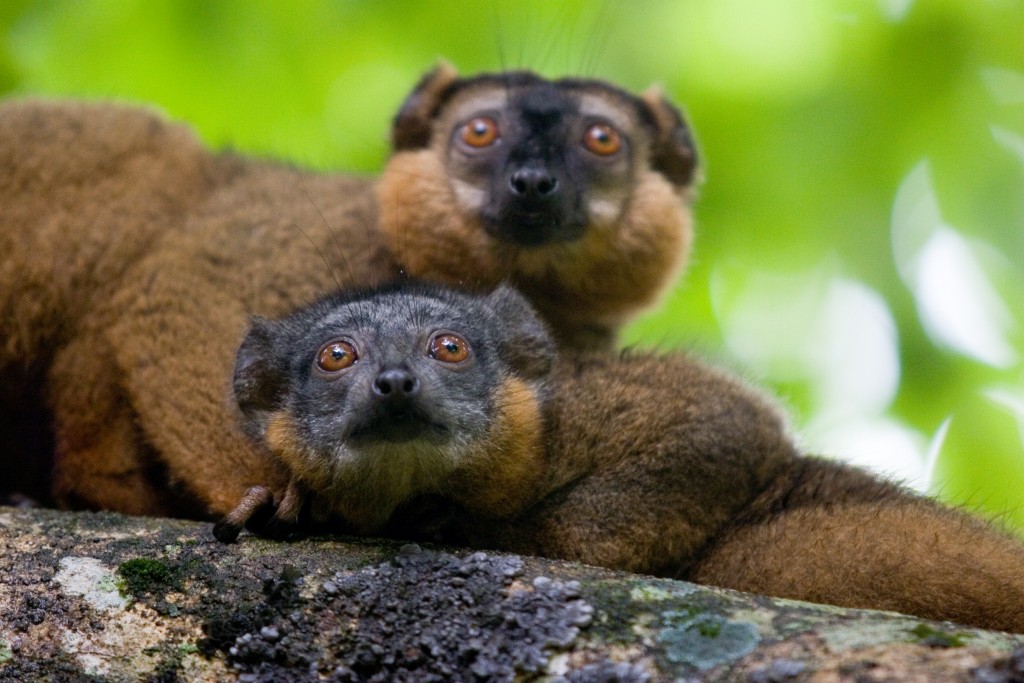 It’s fundamentally tricky. There are bound to be associations that people have with [colonialism]. Organizations have trouble if their operations are ill thought out, or haven’t involved a lot of the key local players. People have good reason to be reserved about organizations coming in with a lack of background.

The most effective organizations are more embedded within communities, and develop longer-term relationships. Having said that, you still want to avoid an elitism that can come from being somewhere for decades. You do get organizations doing the wrong thing for a long time. Things have to be assessed on an ongoing basis.

In your review of Alison Jolly’s book Thank You, Madagascar, you discuss how being so well-established in a particular framework can bring about bias. How so?

I’d say it’s about loyalties and wishful thinking. The book gives a brilliant critique of the presidents and politics of Madagascar, but when it comes to corporate bodies, there’s much more allowance in terms of giving them the benefit of the doubt. Dr. Jolly was on various important panels and advisory committees, and was so involved at such a high level.

It’s clear that she was very motivated by love of Madagascar and wanting to do the very best for it, but I don’t necessarily share that degree of faith in big corporate bodies – or for that matter big NGOs. Things tend to work very self-reinforcingly among clubs.

How can we encourage people to support conservation and development in Madagascar? 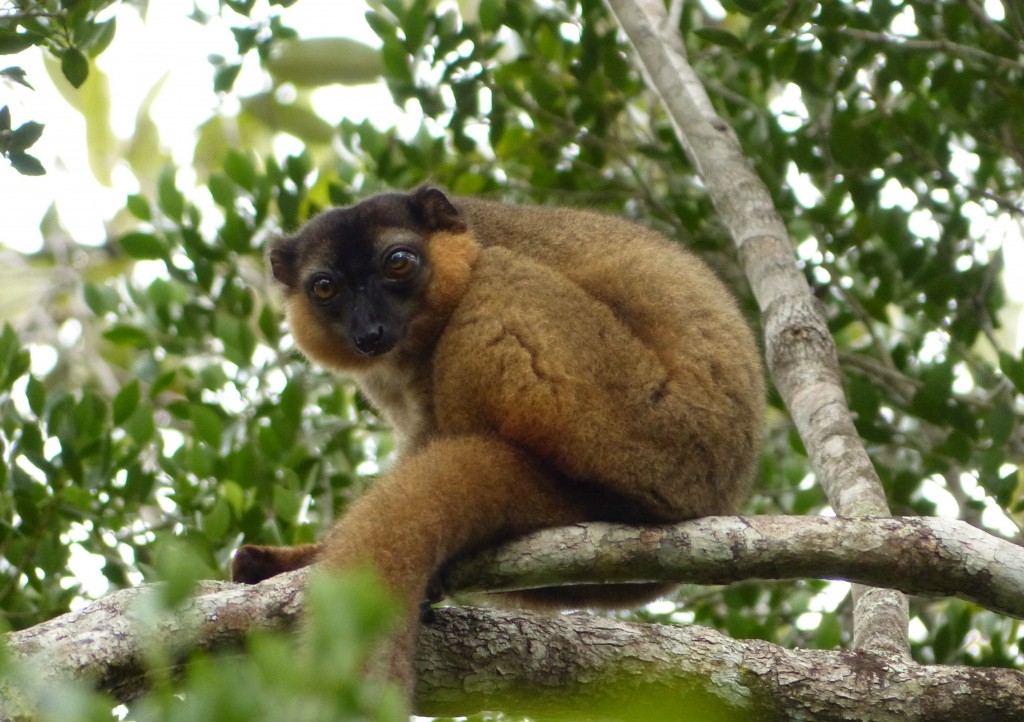 A collared brown lemur found in the forests where both Azafady and Sainte Luce Reserve work. Photo courtesy of Azafady.

Doing anything that can help people engage with conservation, development or Madagascar, including local and international media, films, arts, ways to get people around the world excited and engaged, buying fairly traded goods, raising funds for projects – and even voting in ways that support conservation or help tackle poverty. There’s no limit to the amount of things than can and need to be done.

It’s also very much about helping people connect with it emotionally, at a heart level, a ‘spiritual’ level so to speak. If that connection is there, you can take time to talk about things and connect the realities, so people can begin to appreciate how very separate-seeming things can be profoundly linked.

It’s fantastic if people get into the “fluffy” side of it, but then they need to know that that fluffy thing—which is beautiful and fun and cute—is actually endangered, and these are the reasons, and this is the kind of thing that you can do to help. It’s great when people do engage and there is popular interest – when people really get into it and are passionate about joining in the fight for life in Madagascar.

Can you say a bit about your lemur-themed book, Lemurian Shunts? You mentioned there’s some link with Ash Dykes’ journey in Madagascar? 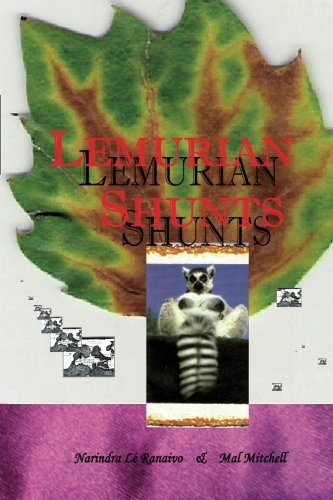 Yes – there’s a parallel or two! Hearing of Ash Dykes’ trekking the full length of the island rang a bit uncannily to me as such a journey features in Narindra Lé Ranaivo’s and my novel Lemurian Shunts. One of its main characters is an aye-aye – early on he treks from Sainte Luce in the far southeast to Ankarana in the far north. Like Ash’s venture, a key part of what the book is about is bringing attention to the marvels of life in Madagascar, and the threats to it.

Symbolically and otherwise the book delves into the whole complex of historical and living factors feeding these threats. And a whole additional level at which the worsening situation in Madagascar has been excruciating as well as weird from my perspective has been in how developments over the last few years there have in some ways paralleled ‘fictional’ scenarios in the book, as per its first draft in 2007. I’ve always characterized the story as ‘a reality-buckling odyssey’…. In any case, it’s definitely a challenging read.

Any final words on how we can meet Madagascar’s conservation challenges? 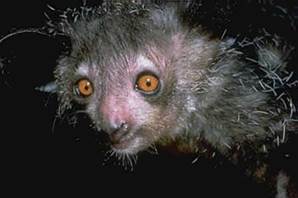 Photo of an aye-aye by David Haring: http://dharing.zenfolio.com/

The essential challenge for lemurs and Madagascar is a multi-dimensional one and needs to be met on all levels, from all angles. Human population and gender inequality are especially pivotal—and sensitive—issues with big cultural implications. Disparities often work like dynamos – the differences and imbalance between an increasingly impoverished majority and a small rich elite on the island, for example, or between Madagascar and better-off countries it has functional links with.

The basic mechanisms for increasing poverty, environmental damage and wildlife loss are going strong. Anything that helps to make things more equitable could well help support sustainability, and vice versa. If there’s any key thing, it’s taking a holistic approach.