Home » Guardians of Anja, A New Film by Robin Hoskyns

You are here: Home › Blog › Guardians of Anja, A New Film by Robin Hoskyns
By Lucía Rodríguez on November 16, 2017
Our guest blogger is Robin Hoskyns, a nature photographer with a MSc in Behavioural Ecology who is published in Wild Planet Magazine, BBC Wildlife Magazine, and more. He is currently studying for his Masters in Wildlife Filmmaking at the University of the West of England. In this blog post, he discusses his new film, Guardians of Anja, filmed in the southern Madagascar community reserve called Anja. 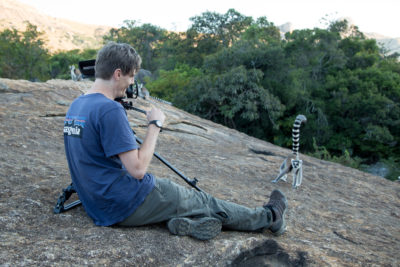 I’m sitting on a large piece of rock, jutting out from the forest with the treeline below me.

The sun has just come out from behind the cliffs and is bathing the rocks in a golden light, perfect for filming. I can hear the sounds of the local village waking up as people start to go about their business.

My guide, Joana, points out a group of ring-tailed lemurs in the distance, coming this way. Joana tells me that the lemurs come every morning to sunbathe on the rocks.

Suddenly a lemur jumps up, right onto the rock in front of me. Then another, and another! The whole group is there. Apart from a few curious glances they pay me no attention, more concerned with soaking up the morning rays.

I spend the next few minutes frantically wondering where to point the camera as I’m surrounded by sunbathing lemurs displaying the typical yoga pose. 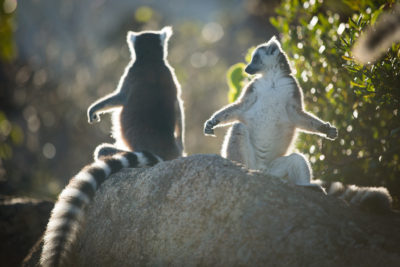 A young lemur, bored of just sitting, decides to come and investigate the camera, warily coming closer to the point where I cannot focus anymore, so I just watch it as it watches me, soaking up the atmosphere and the stunning location I’m in.

After about 20 minutes the lemurs have warmed up and head into the trees to feed, with my stomach grumbling too we also head back to camp for breakfast.

I had previously visited Anja in 2015, whilst on a 6 month trip and was struck by the location.

The epic granite domes towering over this tiny patch of forest full of ring-tailed lemurs. 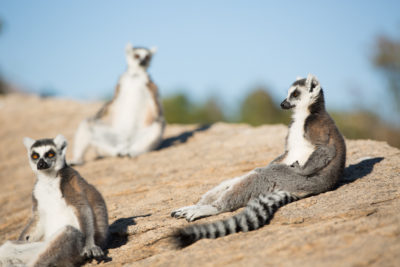 Studying for my masters course in wildlife filmmaking at the University of the West of England, I decided that Anja would be the perfect location for my final project.

The BBC documentaries tend to focus solely on the incredible wildlife of Madagascar, which can give the impression that the entire island is covered in lush rainforest.

However, I wanted my film to be a little different.

I wanted to show Madagascar more as I saw it on my first visit, the amazing wildlife but also the warm vibrant people living alongside the patches of forest who are starting to come to terms with the issues the country faces.

I hope you enjoy the film in celebration of #worldlemurday 2017!

More about the Film 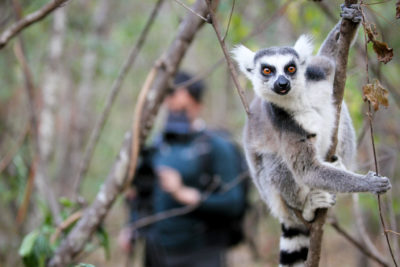 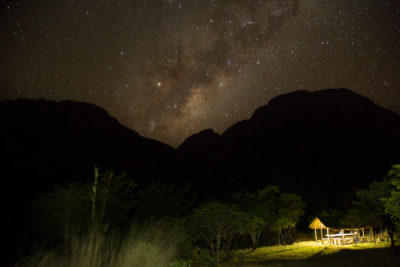 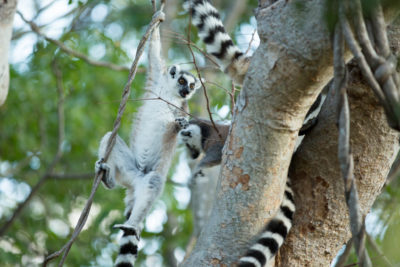 LCN Member of the Month: Lemur Love
SifakaTX – A New Brand Dedicated to the Conservation of Sifakas